Baaeed and Palace Pier will lock horns in QEII 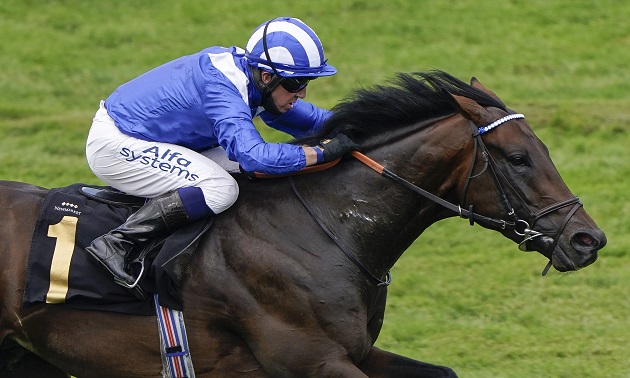 The John and Thady Gosden-trained Palace Pier has been beaten only once in his career, when defeated by three and a half lengths behind The Revenant in this race last season.

Since then the colt has been faultless over the same mile trip, beginning his season with an eight-length success in the bet365 Mile and then going on to score a Group One treble that included the Lockinge, Queen Anne and Prix Jacques le Marois.

Palace Pier’s chief rival appears to be the unbeaten Shadwell colt Baaeed, who has been a comfortable winner in each of his five runs from maiden to Group One level.

Trained by William Haggas, the three-year-old was a six-and-a-half-length winner of the Thoroughbred Stakes at Goodwood and then went to take the Prix du Moulin at Longchamp on his last outing.

Andrew Balding’s Alcohol Free is also declared and will look to bounce back from a sixth-placed run when last seen in the Juddmonte International at York.

Prior to that the filly had twice been a Group One winner this season, taking the Coronation Stakes at Royal Ascot and the Sussex Stakes at Goodwood.

The Revenant bids to retain his title in the race after prevailing by a head last season for trainer Francis-Henri Graffard.

The chestnut has not been victorious in three runs this season, but was beaten by just a short neck when bidding for a third Prix Daniel Wildenstein at Longchamp earlier in the month.

Charlie Appleby is represented by 2000 Guineas runner-up Master Of The Seas, who went on to finish third in the Group Two Joel Stakes at Newmarket in September.

The winner of that race was Saeed bin Suroor’s Benbatl, who shares an owner with Master Of The Seas in the shape of Godolphin and is also entered at Ascot on Saturday.

William Jarvis’ Lady Bowthorpe will look to regain the form that saw her win the Group One Nassau Stakes at Goodwood after a disappointing run when seventh of eight last time in the Prix Jean Romanet at Deauville in August.

Aidan O’Brien’s Mother Earth will be contesting her eighth consecutive Group One race this term, with the filly having won both the 1000 Guineas and the Prix Rothschild in a campaign that has seen her finish no worse than third each time.

Jessica Harrington’s Njord and David O’Meara’s Lord Glitters round off the field of 10 contenders.