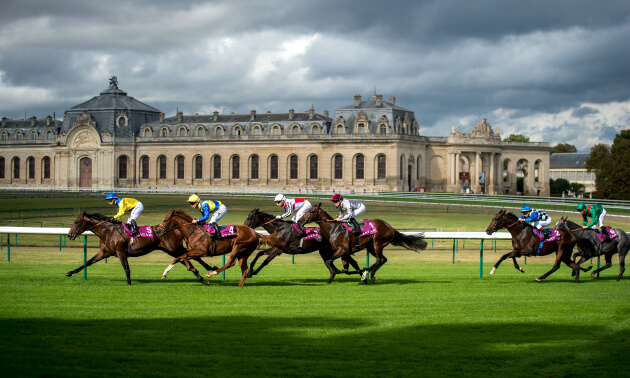 Runner-up on his racecourse debut at Musselburgh in the spring, Atomic Force is unbeaten in three starts since – adding to a maiden success at Hamilton with victories in the Group Three Prix du Bois and the Group Two Prix Robert Papin at Chantilly.

He was sold to Hong Kong-based owner Siu Pak Kwan prior to his latest triumph – and with opportunities in Europe limited due to Atomic Force being a gelding, the decision has been made to send him to the Far East immediately.

Mighty juvenile! Atomic Force is impressive at @fgchantilly again as he hacks up in the Group 2 @DarleyEurope Prix Robert Papin for @KevinRyanRacing and @pasquito60... pic.twitter.com/AsGVtq8bb7

Bloodstock agent Alastair Donald, who brokered the deal for Atomic Force when he was bought from Hambleton Racing, said: “The fact that he’s a gelding rather limited the Group One options for him over here.

“The owners were keen to get him to Hong Kong. We were keen to run him again, but there was a lack of options.

“He is not eligible for the Prix Morny and it would have been a case of waiting for something like the Prix de l’Abbaye, which is a long way away.

“The owners took the view of giving him a rest. He’s quite a big horse, so he’s got a good future ahead of him in Hong Kong.”