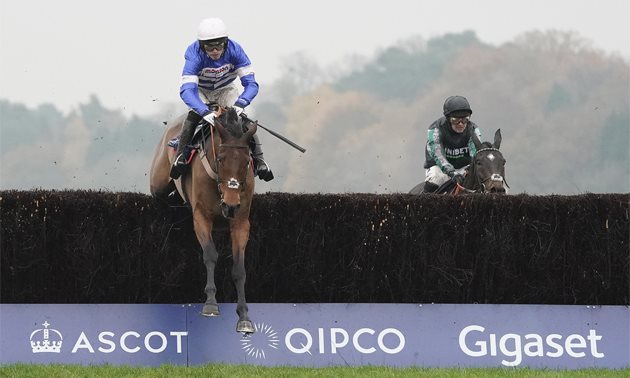 Ascot will hold a morning inspection on Saturday because of high winds forecast for this weekend's Grade One card.

The announcement from the course swiftly followed the abandonment of Sandown's Friday meeting because of waterlogging.

Sandown failed an early-morning inspection as the stormy weather of the past week continued to take its toll on racing fixtures.

Clerk of the course Andrew Cooper cited "several areas of false and unavoidable ground on both courses after yesterday's rain" - announcing the abandonment, via Twitter, of the seven-race Royal Artillery Gold Cup card shortly after 7am.

At Ascot, there will be an 8am inspection on Saturday - and the possibility of further checks through the morning, with winds forecast to strengthen from 11am.

A statement from the racecourse read: "A precautionary inspection will be held at 8am on Saturday morning due to the strong winds forecast on Saturday.

"The forecast wind strength increases further from 11am, so it is possible that the precautionary inspection will pass at 8am and then we will continue to monitor the conditions.

"A further inspection will be called if conditions deteriorate to the extent that the race meeting is at risk."

It is a similar situation at Wincanton, with a precautionary inspection announced for 8am because of the "increased certainty of high wind gust forecasts during racing".

It is one of the biggest days of the season at the Somerset circuit, with the Betway Kingwell Hurdle the feature event.

Lingfield's six-race all-weather card on Saturday is also subject to a morning inspection at 8.30am because of the forecast for strong winds.

Exeter, one of the first victims of the past week's storms, is in doubt again on Sunday - with an inspection called at 6pm on Saturday for the replacement card.

This time, it is the amount of forecast rainfall which is causing concern - on ground already described as soft, heavy in places.

The inspection announcements follow the abandonment of Sandown's Friday fixture because of waterlogging.

Clerk of the course Andrew Cooper cited "several areas of false and unavoidable ground on both courses after yesterday's rain" - announcing the abandonment, via Twitter, of the seven-race Royal Artillery Gold Cup card shortly after 7am.