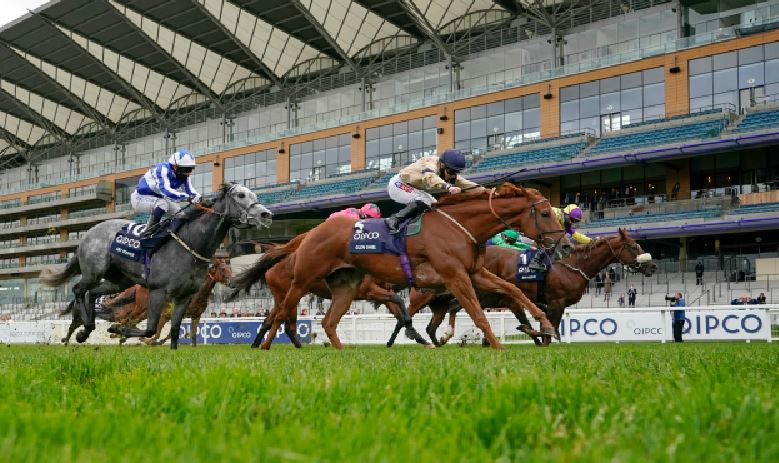 Plenty of plaudits will rightly be attributed to Hollie Doyle following her breakthrough Group One success aboard Glen Shiel at Ascot – and it should not be lost it was also a first victory at the highest level for trainer Archie Watson.

In the four years that he has held a licence, Watson has made giant strides, enjoying plenty of success both at home and abroad, and since teaming up with Doyle, who turned 24 last weekend, he has now formed what is fast becoming a formidable partnership.

Seeing the pair notch doubles together at tracks like Wolverhampton and Lingfield has become a common sight, and the duo finally enjoyed glory on the biggest of stages thanks to the victory of the Hambleton Racing-owned gelding in the Qipco British Champions Sprint.

A dramatic finish to the Champions Sprint at @Ascot, as GLEN SHIEL just edges out Brando to hand @HollieDoyle1 her first Group 1 success! 🏇🏆 https://t.co/uKTV4qCYLM

Watson said: “That is my first Group One winner and it is absolutely amazing. He is some horse and there aren’t many Group One horses that are picked up for £45,000 at a horses in training sale. He has just improved throughout the year.

“I was delighted to see Hollie get her first Group One winner as she is such a hard-working rider. I’m so pleased that I was able to give her that breakthrough Group One as we have had so many winners together. Her being on this winner means a lot to me and the yard.

“I’ve been knocking on the door at Group One level with the likes of Soldier’s Call, Snowy Winter and Absolute Blast, who were all Group One-placed. For him to get his head in front is massive for the yard, as we’ve only been going just over four years.”

Making the decision to purchase Glen Shiel at the Goffs UK Spring Horses In Training/P2P Sale was a shrewd decision by Watson, but equally as important to helping the six-year-old realise his potential was reverting him back to sprinting this campaign.

Watson said: “We always intended to drop him down in trip, as when we first got him we raced him over a mile and a quarter. Since he has dropped to six furlongs he has just improved.

“He has been so consistent and he hasn’t been out of the first two over six furlongs. He has gone from winning off big weights in handicaps into conditions races and now into stakes races.

“He has only run in four Group races and he has improved in all of them, having learnt how to race over the trip.”

Though now able to celebrate the victory Watson, who watched the race away from the track, admits he was on edge awaiting the outcome of the result.

He said: “Waiting on the photo-finish was not good for me, but I thought he just held on. As it was literally a bob of the heads, you can never be confident in a situation like that.

“While I’m delighted to give Hollie her first Group One, I’m also delighted for his owners Hambleton Racing as they have been big supporters of mine.

“A lot of credit needs to go to Tom Biggs, who spotted him at the sale with me – he buys all these horses and puts me in the privileged position to train them.”

Having kept Glen Shiel busy since the start of the year, Watson intends to give his new stable star a well-deserved break before taking aim at all the major sprint races over six furlongs next year.

He said: “Everything has gone fantastic today and he will have another holiday now. I think straight tracks really play to his strengths, so he won’t be going to the Breeders’ Cup or Hong Kong. We will look at all those six-furlong races in Europe for him.

“I hope there are still more big wins in him, there will not be too much difference in him from being a six-year-old to a seven-year-old. He has been in such good form and it has been great to strike while the iron has been hot.

“Hopefully there is still more to come and he can be very competitive in these sorts of races next season.”