Arc on the agenda for Alpinista after Saint-Cloud success 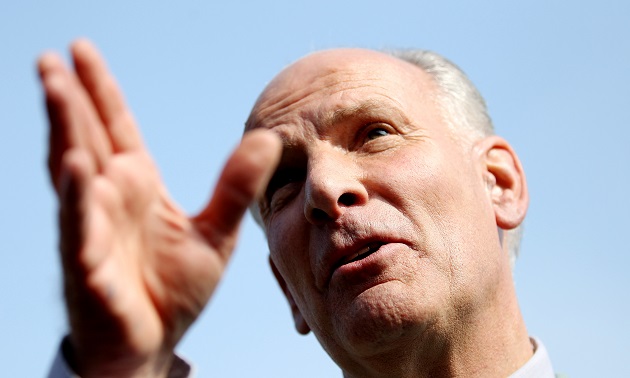 All roads lead to the Prix de l’Arc de Triomphe for Alpinista after Sir Mark Prescott’s prolific mare extended her winning run to six on her belated reappearance at Saint-Cloud.

The daughter of Frankel won each of her five starts in 2021 including a hat-trick of Group One triumphs in Germany between August and November.

Having missed her intended comeback in the Coronation Cup at Epsom, Alpinista journeyed to France to make her return in what looked a strong renewal of the Grand Prix de Saint-Cloud.

After being ridden patiently by Luke Morris, the 8-1 shot threw down her challenge in the straight, picking up strongly to beat Baratti by a length and a quarter.

Coral cut Alpinista to 16-1 from 33-1 for the Arc and Prescott confirmed the ParisLongchamp showpiece is now her primary objective.

He said: “It was a faultless performance wasn’t it really?

“She wouldn’t come in her coat in the spring and wasn’t at a stage where she could run. She’s just come right now and to be honest I thought the race might come 10 days too soon for her, but it’s worked out very well.

“The mother (Alwilda) was better at five and this filly won three Group Ones at four, so she’s a bit ahead of the curve really. You would hope she could improve a tiny bit more.”

He added: “We’d planned to start in the Coronation at Epsom and we couldn’t go there, so this was the next stop.

“We’ll see what Miss Rausing (owner-breeder) feels, but I would think one run before the Arc, probably, and conventionally you’d go for the Prix Vermeille – that would be the obvious race.

“I don’t see any reason to be a clever Dick, I think you just go with the obvious and hope she’s good enough to do it.”

Morris is confident Alpinista will improve for the run, telling Sky Sports Racing: “She’s taken a long time to come to hand this year, which is why she missed the Coronation Cup. I feel she’s only just starting to come now, so I hope she can improve for the run and I think all roads will lead to the Arc.

“She’s a filly we usually ride very handy, but there looked to be a lot of pace in the race and with it being her first run of the year we said we’d take a chance and drop her in a bit more and see how she went.

“The gap came lovely and she produced a very good turn of foot.”

Charlie Appleby’s charge, who was beaten less than a length into third place in the Prix de l’Arc de Triomphe in October, was expected to build on his comeback run in last month’s Hardwicke Stakes at Royal Ascot, but faltered when push came to shove and passed the post eighth of the nine runners.