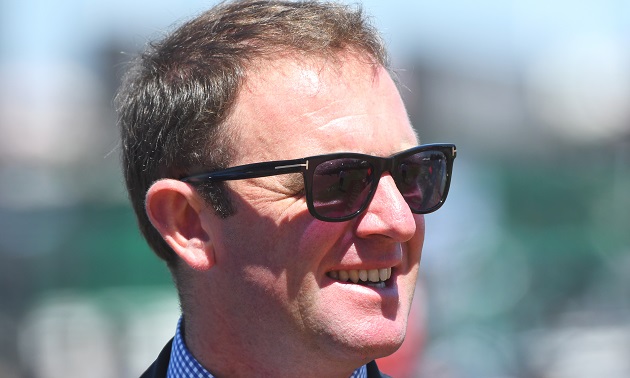 Charlie Appleby has been crowned champion Flat trainer for a second successive season.

In another fine campaign for the Godolphin handler, he completed the unprecedented feat of saddling the winners of the English, Irish and French 2000 Guineas in the same year, while he also notched up three Royal Ascot successes and was the leading trainer at the Qatar Goodwood Festival.

Appleby has produced 150 wins from 478 runners in the UK this season, including 18 winners at Group level and three Group Ones, which includes Coroebus’ success in the opening Classic of the 2022 campaign.

The Moulton Paddocks handler has banked over £6.2million in prize money, with his nearest challenger William Haggas conceding defeat ahead of Appleby receiving the trophy at the annual HWPA Derby Awards in London on Monday.

Appleby’s success completes a clean sweep for Godolphin in 2022, with the owner emerging top in that contest and retained jockey William Buick securing his first title.

“I’m hugely proud of what myself and the team have achieved in backing the trainers’ championship up for a second consecutive year,” the trainer told Great British Racing.

“I’m very lucky to have the team at Moulton Paddocks and Godolphin and I’m extremely appreciative of their dedication.

“It was our aim at the start of the year to have the champion jockey, trainer and owner, for William to get his first title was very exciting for us all.

“Everyone is out there to win, so what we’ve achieved this year in winning the three Guineas has never been done before and cleaning up all these championships, I’m not sure if that has been done before either. It’s another feather in the cap for Godolphin and I’m very proud to be part of it.”

Asked for his stand-out moment of the season, Appleby added: “Winning the Qipco 2000 Guineas was the highlight.

“It’s something that personally I hadn’t done before and had finished close on a few occasions. It’s one of those races that I was very keen to get on the board. That was a very proud day.

“Once Native Trail went and won the Irish Guineas, that bolstered the feeling even more, because we knew that achievement (holding the English, Irish and French 2000 Guineas at the same time) hadn’t been done before. I imagine it will take a few years before it happens again!”