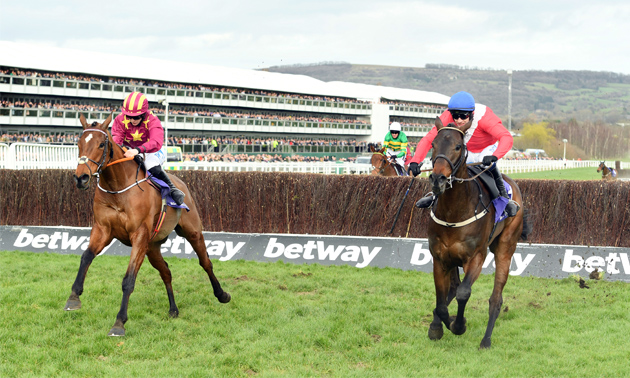 Allaho bids to get his season up and running as one of four runners for Willie Mullins in the Horse & Jockey Hotel Chase at Thurles.

Twice placed at the Cheltenham Festival, having finished third in the Albert Bartlett Novices’ Hurdle and the RSA Novices’ Chase, the seven-year-old has failed to run up to expectations in his two previous starts this winter.

Allaho was sixth of seven runners when a leading contender for the John Durkan Memorial Punchestown Chase on his reappearance – and was again well-beaten when fourth behind fellow Cheveley Park Stud-owned star A Plus Tard in the Savills Chase at Leopardstown.

He drops in distance and class for Sunday’s Grade Two feature in County Tipperary, on a card which must pass an 8am inspection – with snow and ice in the forecast.

Should the meeting go ahead, hopes are high that French import Allaho can show his true colours before a likely return to Cheltenham in March.

Chris Richardson, Cheveley Park’s managing director, said: “He’s a horse who has been difficult to get fit this season, and I’m hopeful we’ll see an improvement this weekend.

“Hopefully it will set him up for perhaps the Ryanair Chase at Cheltenham.

Mullins also saddles Easy Game, Annamix and high-class mare Elimay – while Gordon Elliott, who landed back-to-back renewals of the race with his Cheltenham Gold Cup hero Don Cossack in 2015 and 2016, relies on Battleoverdoyen.

The eight-year-old was an impressive winner of a Grade Two at Down Royal on his first start of the campaign, before finishing fourth in the John Durkan last month.

Elliott told Betfair: “We didn’t see the best of him in the Durkan Chase at Punchestown last time when he was a well-held fourth behind Min and he seemed to be struggling a long way from home in that race.

“He is much better than he showed there so I’m hoping for better, even though he has to shoulder a Grade One penalty.

“The ground may not be quite as testing as it was in Punchestown and that could help, while at home he has been in good form for the last few weeks. I’m hoping to see him return to the promise he showed when winning a Grade Two in good style at Down Royal.”

Grade Two honours are also up for grabs in the Coolmore N.H. Sires Kew Gardens Irish EBF Mares Novice Chase – a race Mullins won for the fourth time in the last six years with Elimay 12 months ago.

The Closutton handler again has a strong hand, with Limerick Grade One winner Colreevy joined by stable companion Yukon Lil.

Elliott is represented by Mount Ida, who finished third behind Yukon Lil on her chasing debut before landing a Grade Three prize at Cork in early December.

Elliott added: “She has made a bright start over fences. I thought her chasing debut was encouraging, and she built on that to win a Grade Three at Cork early last month.

“There weren’t that many options for her over longer trips earlier in the season, which is why she campaigned over two miles, but I think this sort of distance could be ideal for her

“She is penalised for her Grade Three success, which won’t make life easy. But she is in good heart, and it might just help her that she has had a good interval since she last ran.

“If she runs her race I’d hope that she will be right there at the finish.”