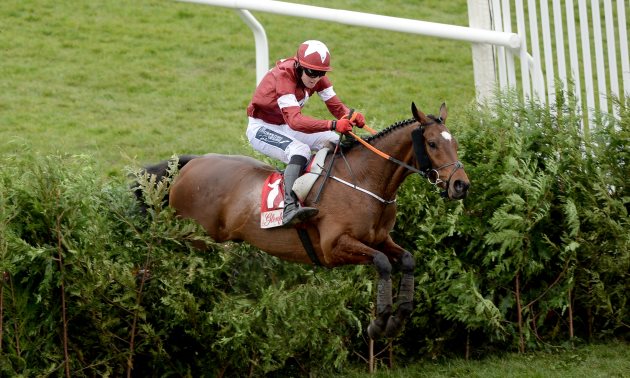 Dual Grand National hero Tiger Roll is firmly on course for the Cheltenham Festival following his comeback run at the weekend - and he could be seen again next season.

The 10-year-old has a deep history with the Prestbury Park track, beginning with victory in the 2014 Triumph Hurdle before going on to add the 2017 National Hunt Chase and the last two renewals of the Glenfarclas Chase over the cross-country course.

Tiger Roll (168) will again be on cross-country duty as he continues to build towards his hat-trick bid at Aintree in April, and trainer Gordon Elliott was thrilled with his fifth place in the Boyne Hurdle on Sunday, where he was making a belated start to his campaign following injury.

He said: "I was very happy with the way he ran on Sunday and he's come out of the race very well. He'd be the one horse we're all looking forward to running in Cheltenham.

"I was actually worried he might not run as well with the way the ground was in Navan, but I thought he showed a lot of zest - he looked the winner between the third-last and the second-last and just got tired.

"It was great to see him come back and run so well. He'll probably go to Cheltenham for a school between now and the Festival and it's all systems go."

Tiger Roll boasts an official rating of 171, a mark which theoretically would put him right in the mix for the Magners Cheltenham Gold Cup.

However, Elliott believes a return to regulation fences would not inspire the Authorized gelding, who now seemingly saves his best for the cross-country and National fences.

Asked which race he would plump for if there was not a cross-country race at Cheltenham, Elliott said: "I probably wouldn't run him at all.

"We might run him in Punchestown this year, but for me, if he ran in a Gold Cup I don't think he'd even go a circuit - I just think he's that type of horse.

"I know his rating suggests he should be bang there in it, but I just think he likes doing different things.

"He's only 10 years of age and Gigginstown aren't buying any new horses at the moment, so if he's in one piece at the end of the season, there's no reason why he won't come back and have another go at the cross country.

"With these horses it's day by day, so it's hard to know about next season, but it would be great to have him again."