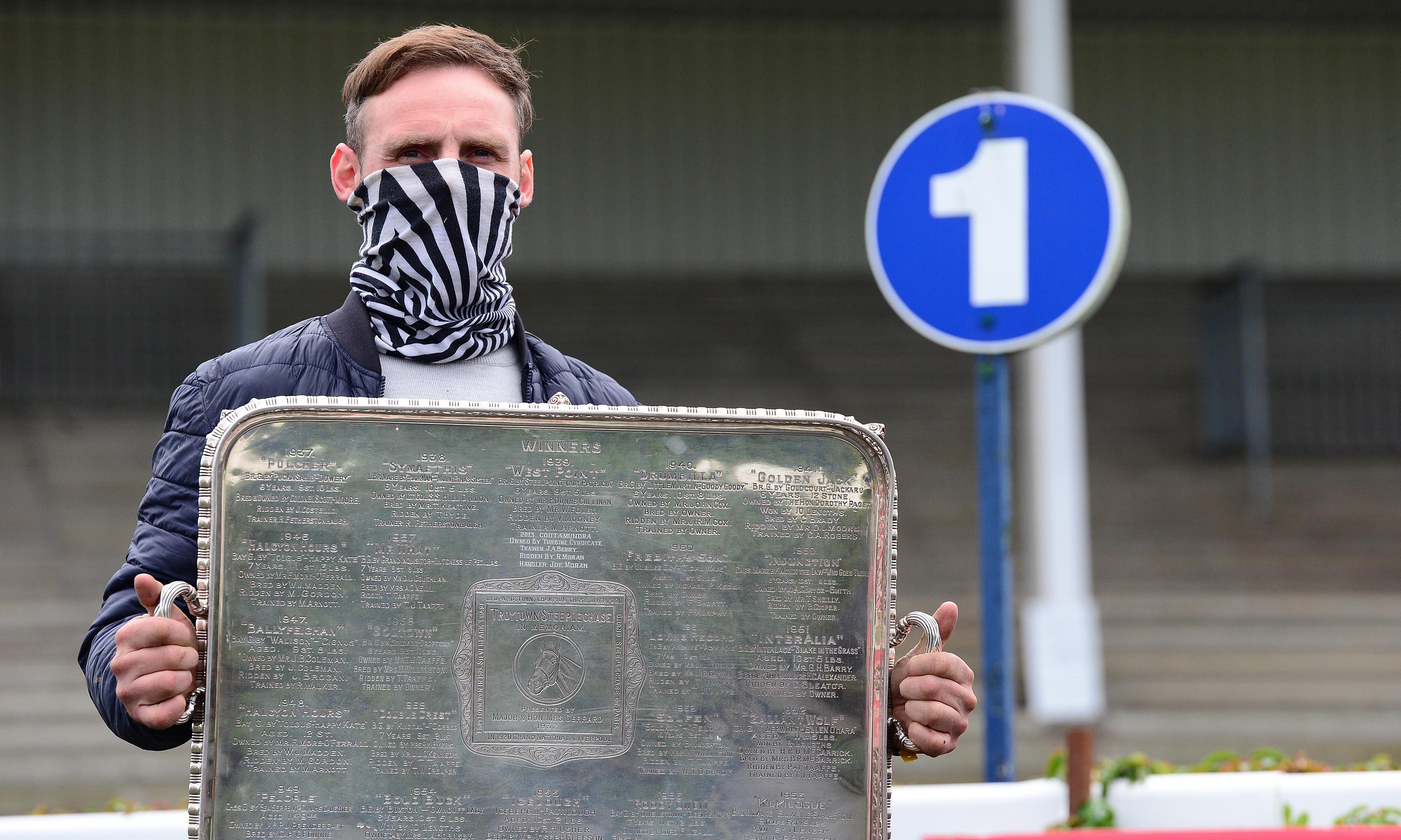 All Class was the focus of attention at Punchestown after landing a gamble in a race described afterwards as a “complete farce” by winning trainer Ronan McNally.

Available at as big as 13-2 in the morning for the William Hill Ireland Pick Your Places Handicap Chase, the six-year-old opened at 4-1 and was backed into 13-8 favouritism in a 16-runner field.

Front-running Rudy Catrail crashed out at the first leaving the 13-year-old Capture The Dream clear, with the only one to pay him any respect being Donagh Meyler on the eventual winner.

All Class, who won two on the Flat for David Dunne, was racing off a mark 10lb lower than her hurdles rating and after eventually getting on terms she eased past three out, having the leader beaten turning in and going on to win by 23 lengths.

“I was delighted with that. That’s her second run for me, her first was at Gowran Park and a lot of people thought it was very disappointing, but I hadn’t killed her with work because she had bled in Cork,” said McNally.

“I thought she did everything right in Gowran, she travelled into the race nicely but got a bit tired. We thought she might have run a bit better, but I was happy enough.

“I haven’t killed her with work at home, just trying to keep her fresh, as we’re only learning the ropes with her. She can be a wee bit tricky at home.

“We did a nice bit of work last Tuesday and came here fairly confident. If she translated her hurdles form she had 10lb up her sleeve, if she was good over a fence.

“She looked nice today, but in her beginners’ chases she was landing on top of fences and putting holes in fences. She fell on her handicap debut over fences.

“It was just about getting round today and seeing where we were at. She did it really well, but I wouldn’t read too much into that race as it was a complete farce.”

He went on: “The 13-year-old went off and we were probably lucky enough she went with him. If we hadn’t gone with him we might have been in trouble.

“Donagh was on the ball and followed him, while the rest of them were maybe asleep and let them go.

“I wouldn’t read too much into that and I hope the handicapper isn’t too hard on her.”

The stewards held an inquiry and interviewed all jockeys bar the first two home and the riders of the two fallers at the first fence.

Niall Cronin, communications director of the Irish Horseracing Regulatory Board, said: “The riders felt that the early fallers contributed to them getting so strung out early on and that they went very quick for the type of race it was. The stewards noted their explanations.”

“We’re happy with that. He had to work fairly hard with Mick’s horse (Halford, Ardla), but Rachael was happy with him,” said De Bromhead.

“He’s a gorgeous horse and a real chasing type.”