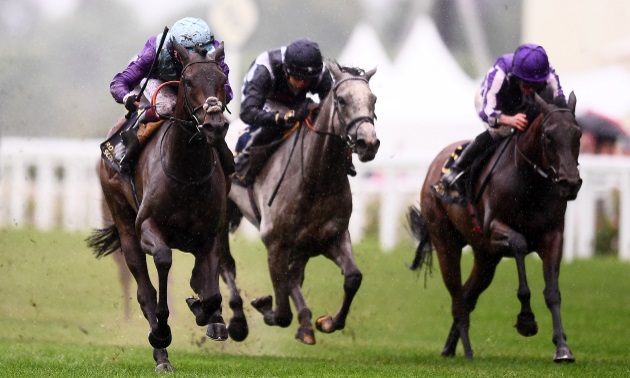 Oisin Murphy was a Group 1 winner again – less than half an hour after being denied in the stewards’ room – when Alcohol Free posted an emphatic Coronation Stakes success at Royal Ascot.

Murphy was first past the post on Dragon Symbol in the preceding race, but was adjudged to have caused enough interference to Campanelle that the placings were reversed.

Putting that disappointment behind him, Murphy proved why he has been champion jockey for the past two seasons with an ice-cool ride on Alcohol Free.

Winner of the Cheveley Park last season, she was only fifth in the 1000 Guineas when connections felt she was on the wrong part of the track.

Up against the Guineas heroine Mother Earth and Empress Josephine, the winner of the Irish equivalent, all the right fillies were in the line-up.

It was the German raider Novemba who set the pace and with a furlong and a half to run she had burned off half the field, although Frankie Dettori looked menacing on Pretty Gorgeous.

Her run flatted out, however, and it was Alcohol Free (11-2) who could be seen powering home down the near side with an irresistible run.

The lightly-raced Snow Lantern made late gains into second, beaten a length and a half, with Mother Earth back in third.

Murphy said: “It’s brilliant for Andrew Balding and Park House Stables. Three Royal Ascot winners for them (this week) – I’m over the moon for them.

“Andrew is very good to me, he never ties me down with instructions and I would have been happy to lead today, my only thought process was do not touch her mouth and I felt if she relaxed, she would win and thankfully she had a good trip and the horse was fantastic.

Balding – who struck in the opening Albany Stakes with Sandrine – said: “She’s very good. We had heavy hearts after Newmarket because there are not many times you head to a Classic expecting to win, but for whatever reason it didn’t pan out that day and she was below par. But she was back to her best today.

“Today was the first time she’s ever had cover. It has just been through bad fortune rather than design, but the slightly awkward draw turned into a really good draw when they went under the trees as it meant she got some cover. She’s very classy.

“She won a Group One last year as well so there’s never been any doubt about her ability.

“This week is the reason we do it. We had such high expectations and had plenty to run. We should be having one winner with the horses we had, two would be fantastic but three is cloud nine.

“She’s in the July Cup, the Sussex Stakes and the Falmouth so all sorts of options, we’ll have a think next week.”

Richard Hannon was delighted with Snow Lantern – and feels her time in the spotlight will come.

He said: “She had a point to prove after York, but she’s an aeroplane, and her day will come.”

Her rider Sean Levey said: “She was settled today and that’s the way to ride her. We could have done with better ground.”

Of the gallant Novemba, who stuck on for fourth, rider David Egan said: “She jumped well and travelled beautifully in the ground. Just as in the German Guineas she changed leads and sprinted away in the early straight. It was a very good run.”