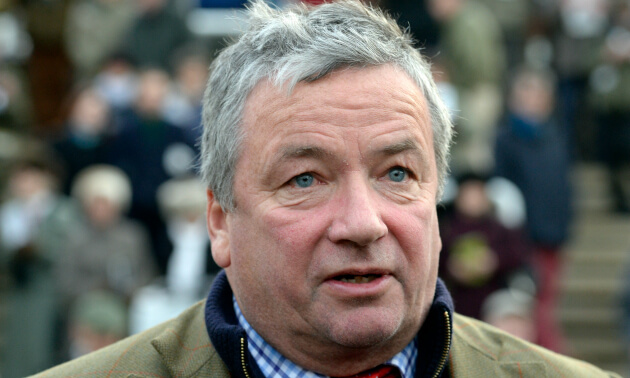 Al Dancer maintained his unbeaten record for the season with a decisive victory in the Betfair Hurdle at Ascot.

Originally due to be run at Newbury last week before the outbreak of equine flu, the Betfair Hurdle was swiftly re-scheduled - and a strong field of 14 runners faced the starter.

Having already won at Carlisle, Ffos Las and Cheltenham this season, the Nigel Twiston-Davies-trained Al Dancer was the 5-2 favourite in the hands of the trainer's son Sam - and travelled powerfully throughout the two-mile contest.

He moved to the front jumping the second flight from the finish and picked up strongly on the run-in to prevail by three and three-quarter lengths from Magic Dancer, with largely unconsidered 100-1 shot Blu Cavalier back in third.

🗣️ "I'd say he's the best horse we've had, nearly", says @willy_twiston as AL DANCER runs out an impressive winner of the Betfair Hurdle at @Ascot!
pic.twitter.com/jOgNkVxnEi

Twiston-Davies senior said: "He was quite free on the first two or three hurdles. He wears a hood, but he is a free horse.

"He is quite a lively horse, but we have him quite calm now. He was good in the paddock and good everywhere - he was just a bit fresh early on.

"He is obviously a chaser - look at the size of him - and that is what we dream about, (owner) Dai (Walters) especially.

"Let's see what we do this season. He could have another season over hurdles, but chasing will be his game.

"He is a boy - in a nice way - and just wants to get on with it. The raw ability he has seems superb."

Paddy Power cut Al Dancer to 4-1 from 8-1 for the Supreme Novices' Hurdle at Cheltenham next month, which makes him their joint-favourite - along with Fakir D'Oudairies - for the Festival curtain-raiser.

The trainer added: "He will go for the Supreme Novices' Hurdle. We were thinking about going two-and-a-half (miles), but Sam said he didn't settle well enough today and that you would have to go for the two-mile race.

"Dai has Angels Breath for the Supreme as well, but if he has first and second that won't be too bad!"

Monday 17 May Go to full race