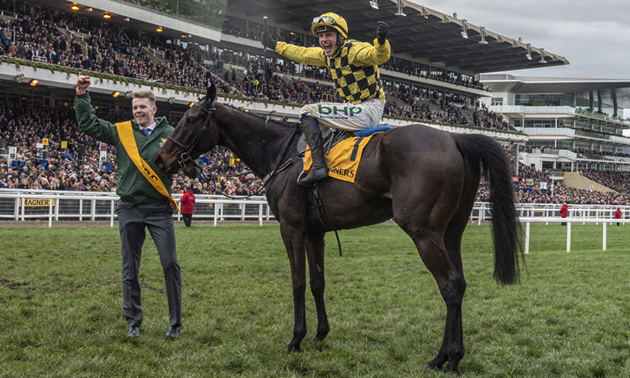 Willie Mullins is very happy with Al Boum Photo ahead of his hat-trick bid in the Cheltenham Gold Cup.

Al Boum Photo will reportedly undergo a 'big bit of work' this week as he prepares to win a third successive Gold Cup at the Cheltenham Festival.

He is following a tried and tested route as his only other start this season came at Tramore on New Year's Day in a race he was winning for the third year in a row and he could hardly have been more impressive.

Mullins stated: “He’s in great shape. He worked well last week and he’s a big bit of work coming up this week.

“I didn’t think when we were buying him we’d be in this position, or indeed the day that he ran out in Punchestown, or when he had the mishap with Ruby (Walsh) jumping the last at Cheltenham.

“He’s got a funny back history – but here he is, a double Gold Cup winner going for his third. We’re very privileged to have him.”