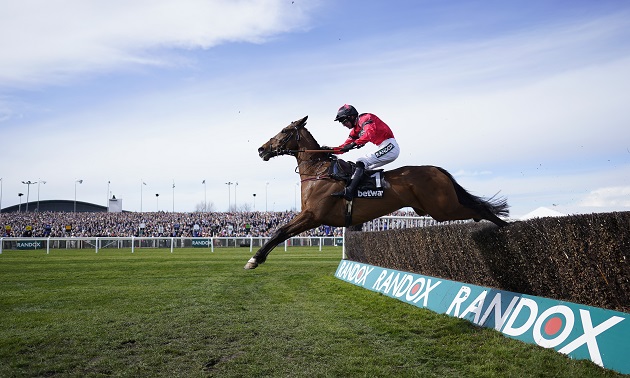 Grand National winner Noble Yeats and last season’s Grade One winning-novice Ahoy Senor are two of the star names among 10 confirmations for Saturday’s Boylesports Many Clouds Chase at Aintree.

Noble Yeats returns to the scene of last season’s triumph under amateur jockey Sam Waley-Cohen, who retired after recording a 50-1 victory in the world’s most famous jumps race.

The Emmet Mullins-trained seven-year-old bounced back from a lacklustre showing when pulled up on his seasonal debut at Auteuil to record the third success of his chasing career in a Listed four-runner contest at Wexford last month.

Robert Waley-Cohen owns the gelding and said: “He won that Listed race at Wexford as nicely as you could have hoped.

“Everything went pear-shaped at Auteuil on his first start of the season and you just have to write that one off.

“We didn’t learn a huge amount the other day, but he jumped very nicely, which we sort of knew already and so we thought we’d come here and put him in with the big boys and see where he really is.

“It looks a hell of a good race, though.”

The Lucinda Russell-trained Ahoy Senor beat Fury Road by five lengths in the Mildmay Novices’ Chase at Aintree in April and that rival could be in opposition again, along with fellow Gordon Elliott inmate Conflated.

Russell said: “He goes to Aintree this weekend and we are looking forward to it. He is in good form.”

Cheltenham’s Cotswold Chase winner Chantry House is poised to make his seasonal bow for Nicky Henderson, who could also run Dusart in the Grade Two event.

Millers Bank, winner of the Manifesto Novices’ Chase last term, is also in the mix for Alex Hales, while Dashel Drasher, who scored over hurdles at Aintree last time, could represent Jeremy Scott.

Sounds Russian, who has won four of his six chase starts for Ruth Jefferson, and the Anthony Honeyball-trained Sam Brown complete the entries.