A Case Of You on a break before autumn campaign 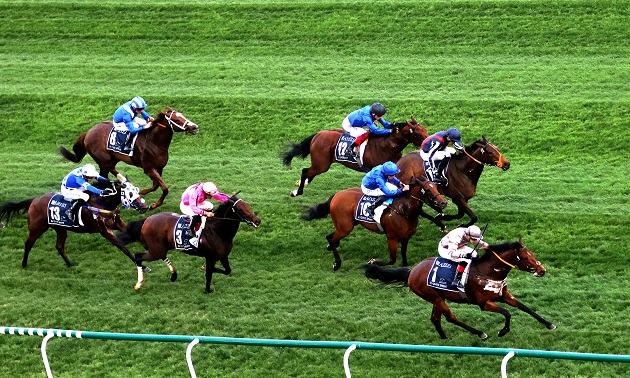 A Case Of You is on a mid-season break having disappointed at Royal Ascot in the Platinum Jubilee.

Ado McGuinness’ stable star A Case of You is a Group One winner over five and six furlongs but was never on terms at Ascot, trailing home in 17th place.

However, his handler feels he has a genuine excuse for the lacklustre display and he will now be put away until the autumn.

“It was disappointing, but he didn’t scope clean and I think he had an allergic reaction to something, possibly to the hay,” said McGuinness.

“It’s not the end of the world but when you see he finished in front of the first and second in Dubai – I suppose that’s Group One sprinting, it’s a different day.

“He’s also been to Ascot twice and disappointed twice, there might be something in that. He just wasn’t at the races, he wasn’t happy and there was clearly something amiss, he gave a couple of coughs after as well.

“The plan was always to give him a break now in any case and then build him back up for an autumn campaign so we’ll stick to that. Fingers crossed he’ll be fine.”

He added: “He’ll be back for Irish Champions Weekend, we might give him a run somewhere before that, if not he’ll have a racecourse gallop somewhere and then after that we’ll be exactly the same as last year (Prix de l’Abbaye, Breeders’ Cup and Dubai) and hopefully we’ll hit the jackpot with one again.”