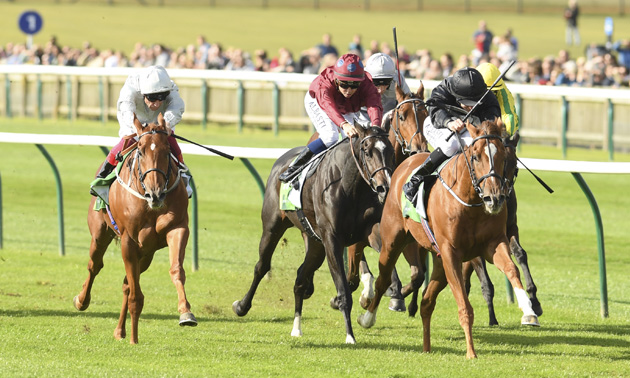 Get the Timeform runner-by-runner guide for Sunday's 1000 Guineas at Newmarket.

Confirmed debut promise to win Newbury maiden before following up in Group 3 at Newbury. Creditable efforts in defeat in May Hill and Fillies' Mile after, though limitations seem to be exposed.

She has some big autumn entries... pic.twitter.com/wbQ4o23zsa

Landed a gamble in impressive fashion on debut at Ascot in July (7f). Pulled too hard in May Hill at Doncaster but firmly back on track when close third in the Rockfel here. Open to further progress.

As good a debut as you’ll see - Cloak Of Spirits is closely related to super-sire Dubawi and absolutely bolts up at @Ascot! pic.twitter.com/wZyMXlPwJX

Made winning debut at Ascot before third to Raffle Prize in the Queen Mary/Duchess of Cambridge. Had 4 runs in Dubai/Saudi Arabia early this year but hasn't progressed judged on those efforts.

A big statement! Final Song is impressive in the UAE 1000 Guineas Trial at @MeydanRacing! #DWCCarnival pic.twitter.com/jqyLxDTDDX

Raced 8 times last year, winning 3 times. Best effort when ½-length second of 9 to Rose of Kildare in Firth of Clyde Stakes at Ayr on final start but looks out of depth here and has stamina to prove.

Stable's leading 2-y-o filly last year, winning 3 times, notably Moyglare at the Curragh. Creditable third to Quadrilateral in Fillies’ Mile at Newmarket on final start and should be in the mix again.

This is getting ridiculous now! Brilliant training from Aidan O'Brien again as Love gives him his second Group 1 of the day - both ridden by Ryan Moore - following yesterday's Leopardstown four-timer.@curraghrace #LICW19

Progressed well over sprint trips last year, ending the season in great style in the Cheveley Park here, forging away inside the last, leaving the impression she could stay this far. Big run expected.

Unbeaten in 3 starts last year, producing a gritty display when coming out on top in the Fillies' Mile over this C&D on final start. Leading claims with further improvement to come. Tongue strap on.

Quadrilateral remains unbeaten as she battles tenaciously to reel in her rivals, scoring the bet365 Fillies' Mile with @Jason7Watson1 on top for @RogerCharlton 💪 pic.twitter.com/EjcWVa8z0Q

Queen Mary and Duchess of Cambridge winner who took another step forward when going down by only a neck in Prix Morny at Deauville. Respectable second in Cheveley Park after but has stamina to prove.

He teams up with Royal Ascot winner Raffle Prize to claim the Duchess of Cambridge Stakes (sponsored by @bet365) in fine style!#JulyFestival pic.twitter.com/k5Jbd9WYZy

Fairly useful form at 2, winning a maiden at Chelmsford and a listed race at Dusseldorf. Creditable third in a Group 2 at Milan final start last year, but far stiffer task here.

Thrived on a busy 2-y-o campaign, winning 5 times, including Group 3 contests on last 2 starts in the Firth of Clyde Stakes at Ayr and Oh So Sharp Stakes at Newmarket. Tough filly, but up against it.

Built on her promising debut in a minor event at Kempton when making all in a similar contest at Lingfield in December. Represents top yard but takes massive jump in class.

These John Gosden youngsters! Shimmering has a lovely Lloyd Webber pedigree and dots up second time-out under Rab Havlin at @LingfieldPark pic.twitter.com/vepxfIKqZe

Looked an exciting prospect when winning her first 2 starts but disappointed in Group 3s at Ascot and Salisbury. Something to prove now, including stamina (raced only at 6f).

SUMMER ROMANCE - an €800,000 daughter of Kingman - quickens up impressively in the heavy ground at @GTYarmouthRaces in the @godolphin blue for Charlie Appleby and @the_doyler! 🏇🔵

Three-time winner last year, notably the Princess Margaret at Ascot and a sales race at Newmarket (didn’t need to be at best), all at 6f. Behind a few of these when tried at a higher level in between.

Daughter of No Nay Never who was well backed and looked potentially useful when making a smooth winning debut in a 6f minor event at Newcastle in October. Chucked into the deep end here, though.

MILLISLE did her best work at the finish when edging out Raffle Prize in the Cheveley Park here in September, so the longer trip is unlikely to be an issue, and she looks the one to beat on that form. The unbeaten Quadrilateral was a game winner of the Fillies’ Mile over C&D and looks set to run another big race, while the unexposed Cloak of Spirits could be most interesting among the rest. 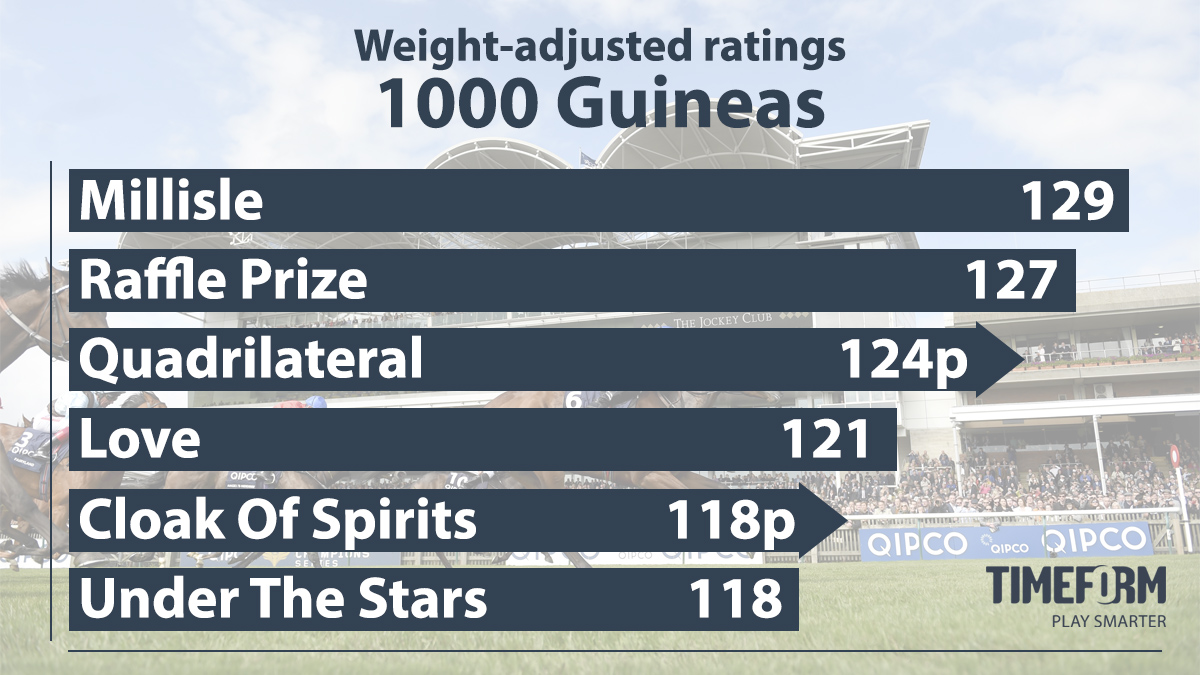