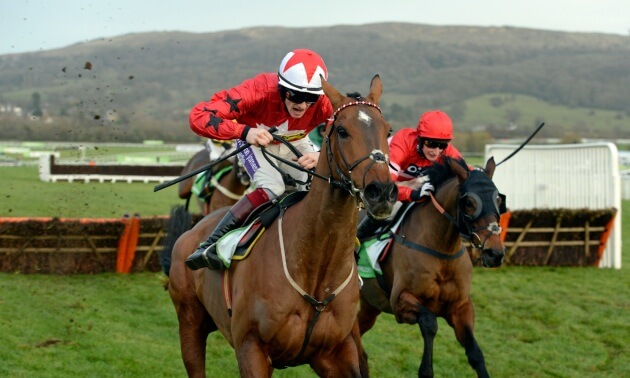 Thanks to an increasingly vast amount of sectional data unavailable elsewhere, Timeform will be returning timefigures from all jumps courses in the UK, as well as selected jumps courses in Ireland.

"All jumps timefigures are on the same scale as the Timeform ratings, so a top-class timefigure, or time performance, would be in the region of 170 or more"

For those jumps enthusiasts unconcerned with timefigures until now and unaware of the definition of what one is, it’s a representation of the time value of a performance and not an absolute reflection of the time of the race itself. Any winning time recorded on any jumps card has to be put in context.

Two-mile hurdle winners on lively ground at Haydock in the spring aren’t going to record times as slow as those recorded at the same trip on heavy ground in the depths of winter; however, the time value of a winning performance on heavy ground might easily be higher than one from a race run in a much faster time under quicker conditions once key contextual factors - such as weights carried and the ability of the horses involved - are accounted for. Weight-for-age is a crucial variable on the Flat, but is much less important over jumps as most horses are at or are nearer full maturity.

All jumps timefigures are on the same scale as the Timeform ratings, so a top-class timefigure, or time performance, would be in the region of 170 or more.

Why are jumps timefigures important?

The project has been in the planning for some time, but only since the BHA – following pressure from several parties, including Timeform - instigated changes in 2015 to the ways race distances were accurately measured, has work been able to be undertaken properly.

The further stipulation from the BHA that any additional or reduced yardage must be made public so the exact race distance - and not an approximation of it as existed previously – is known, has increased confidence in the data we are analysing.

The importance of this directive over jumps can’t be understated.

Whereas the addition of several yards to a mile race on the Flat might only extend the distance of the original race by a minimal amount, the same certainly can’t be said for an extra 100 yards added to a two-mile race over hurdles; such differences can have major ramifications for timefigures if they go unreported.

That’s still largely the situation in Ireland, unfortunately, which is the reason why only selected courses (whose historical race times and distances have stood up to close scrutiny) will have timefigures returned from them. However, it seems several courses are belatedly making efforts to return accurate distances before racing starts, so more Irish courses may yet be covered in the future.

How are jumps timefigures calculated?

To combat the problems of comparing the merit of times at the same distance at two vastly different venues, such as Cheltenham or Aintree, we make use of something called a ‘standard’ time. The mathematics of this is much more complicated than simply taking record times, or averaging the best 10 times from the last five years irrespective of the abilities of the horses that recorded them. In short, this then gives us a variety of times we can expect a 140-rated horse carrying weight-for-age (usually 12-7) to record under the same conditions at different tracks.

One of the challenges with returning timefigures is establishing the ‘correct’ level of the timefigures. That task has been made easier by assimilating sectional times and upgrades into the calculation of the jumps figures, so if the sectional evidence points to none of the races on the card being truly run, then the level of the timefigures across the meeting will be set accordingly. The methodology for calculating upgrades has been revised from that used in the Jumps archive in that slowly-run races are now upgraded more.

As well as returning timefigures on an ongoing basis, a set of timefigures covering the same performances recorded in the Jumps sectional archive has also been made available.