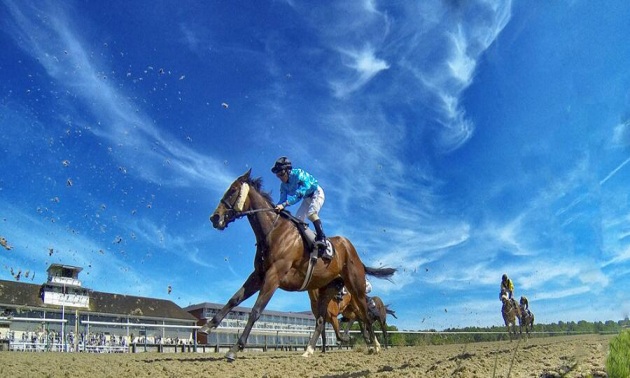 Following on from part one, the following are answers to a selection of questions raised about sectional timing through Twitter.

“If you had full sectionals would you have a furlong-by-furlong par and make a cumulative adjustment?” @sweepmoggy

We have had furlong-by-furlong pars at some courses, on and off, notably Lingfield and the Newmarket Rowley Mile (no relation). Where it is possible to establish by-furlong pars then all the information should be used. Last-2f, last-3f, or whatever, one-off sectionals are used because taking more than one sectional is unrealistic if done manually, and my studies indicate that sectionals covering approximately the last 25% to 35% of a race contain the greatest amount of significant information.

The resulting adjustment should not be cumulative if dealing with finishing speeds – as that would involve double-counting – but based on maxima. That is, a horse should be upgraded by the maximum value indicated across all the data (if using finishing speeds), or at least I believe so. I used this approach when analysing both Guineas recently.

“Do the nature of tracks like, say, Newmarket make just a leader time (which is cheap) near useless, with split fields and guesswork re margins?” @CreamOnTop

I would not say “near useless”, but it clearly compromises the worth of the outputs. If British Racing does go anywhere with sectional timing, cost will be a major consideration, and it may have to balance the demands seen at specific courses with an overall budget that must be justifiable more widely.

By that last bit, I mean that people have already shown they understand, and are now accustomed to, the finishing speed %s metric devised by me many years ago, despite different sectional-lengths, surfaces and courses being used. Give them that as an accepted industry standard, for each individual horse as far as possible, and the fact that some courses offer far more than that besides should be seen as a positive not a negative. But such things are for others to decide.

“What are your thoughts on the impact sectionals would have on integrity, not just rides but course preparation (e.g. going, rails, distances). Do you think sectionals/improved integrity could attract new fans?” @UTVilla

I touched on some of this in part one. I am convinced that existing race fans, and potentially new ones, would respond favourably to much-improved rigour regarding assessment of performance and measurement of distances, of rail movements and so on. It is demoralising to try your best to make sense of racing’s data only to find that, for instance, the advertised distance of a race was wrong all along. Sectionals, and some of the positive spin-offs of sectionals, could only help in this respect.

I tend to think that the “integrity” aspect of sectionals has been overplayed, but I am open to persuasion. They may be of more benefit in keeping some within officialdom “honest” than in exposing miscreants more widely.

Sectionals were, famously, used in the successful prosecution of Eddie Ahern for deliberately going too fast in the early stages of a two-mile race at Lingfield. Since then, sectionals were what first alerted me to the fact that two-mile races at the course were not actually being run over two miles: the distance is now given as 51 yards short of that despite the start remaining where it was.

“If a timing system is approved, how important do you think racecard integration of sectionals is to the chance of success here?” and “it’s been said that even Uruguay has sectional timing. To what extent do you think sects shaped the 2012 Gran Premio Nacional odds?” both by @josew1993

Not hugely, in my opinion, but again I could be persuaded. Sectionals in their full glory are likely to remain a slightly esoteric concept to many, much like form ratings are, but I would be very pleased to be proved wrong. I tried to bring in finishing speed %s to the results’ section of The Sportsman in 2006, but that paper did not last long enough for that to happen. Sadly, Racing Post has shown precious little appetite for the subject matter outside, more recently, displaying sectional times which lack context or explanation.

So, it could be that the more dedicated racing enthusiast will continue to have to track them down after the event, but the more casual enthusiast might well warm to their appearance (accompanied by benchmark sectionals which give them much-needed context) live and/or immediately after races, especially on bigger occasions. Perhaps sectionals will enter the UK racing lexicon more widely somewhere down the line. But I don’t think that is essential immediately.

You have me flummoxed with the Uruguayan reference! What I can say is that I am more familiar with the sectional requirements at Mauritius’ only racetrack at Champ de Mars (think a tighter version of Beverley, possibly) than I am at some of the UK’s supposedly premier tracks. This might be seen as a sorry state of affairs, though whether that is a sorry state of affairs for me or for British Racing I will leave it to the reader to decide!

That said, I think sectionals are already influencing racing analysis in the UK on a regular basis. Their existence helped to make a lot more immediate sense of what happened in this year’s 2000 Guineas than would otherwise have been the case. Horses flagged up in Sectional Debriefs seem to be starting shorter than they used to at run-of-the-mill meetings, though that could be my imagination.

The situation with sectional timing in UK racing reminds me of the early days of Timeform founder Phil Bull’s involvement in the sport, when knowledge of overall race times gave him an edge and that knowledge thereafter gradually achieved wider acceptance. I just do not understand why it has taken more than 50 years to get from there to here, especially as “here” is not even at base camp in many respects