“Cancel culture” is a thing these days, apparently, and someone from that movement seems hell-bent on “deplatforming” Chepstow in its attempts to run the latest Coral-sponsored Welsh Grand National.

The event was postponed from its scheduled slot in the Calendar, the day after Boxing Day, on account of waterlogging, and it must now survive an inspection on the eve of Saturday due to the threat of frost and snow.

This would be far from the first time that the Welsh National has taken place in January rather than December, and that of course has a bearing on any age-related stats.

Convention dictates that thoroughbred racehorses in the Northern Hemisphere have their birthdays on January 1st, but the nine-year-old you see entered on Saturday was still just an eight-year-old at Christmas, now simply with a couple of weeks added on.

The following figures from the last 10 editions take that into account, with the ages stipulated being those that apply now. 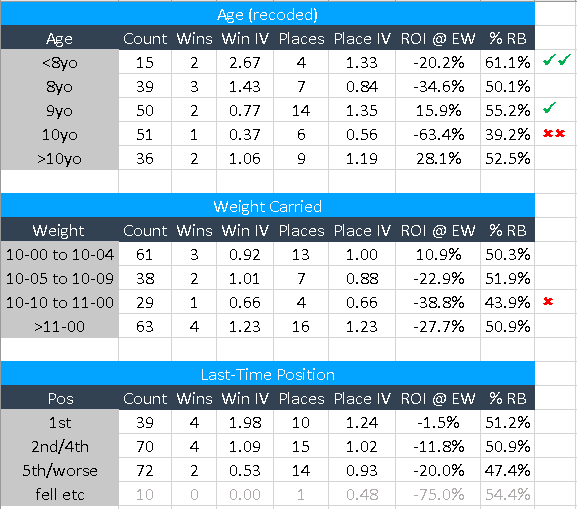 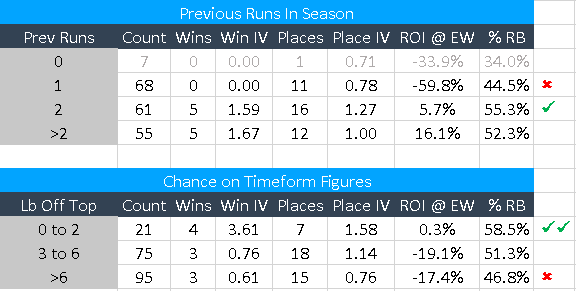 The only qualifier in this category is a highly significant one in SECRET REPRIEVE. The lightly-raced seven-year-old was originally 12 lb out of the weights for the race, but picked up a 4 lb penalty for a win at this course at the beginning of December, then had the weights raised 9 lb so that he gets in off the very attractive racing weight of 10-01, one above the minimum.

You have to love it when a plan comes together like that. Weather permitting!

That means Secret Reprieve, who has been favourite for some time, is a short-priced one now, despite having to negotiate 23 fences over an extended three and three quarter miles while facing 17 rivals in one of the most valued handicap chases of the year.

If you were already thinking of having a bet in the race, you probably have a view on Secret Reprieve: that he is too short, too long, or about right.

It should be acknowledged at this point that horses under the age of eight have shown a loss with level-stake each-way bets, a reflection of the fact that nine of the 15 such qualifiers have gone off at 10/1 or shorter, including the winners Native River (11/4 in 2016) and Elegant Escape (3/1 two years later).

The other trends are less black and white (there are no horses reappearing this year, usually a significant negative), but being top-rated or nearly top-rated on Timeform weight-adjusted ratings – as Secret Reprieve is – is a powerful plus for any contender.

A closer look at Secret Reprieve’s actual performances hardly puts you off him. In that win here before Christmas, Secret Reprieve beat the useful and consistent chasers The Two Amigos and Bobo Mac by 12 lengths and two and three quarters of a length, and he did it by running much faster than them late on, including a 14.44s final furlong which showed he had plenty left in the locker.

He meets those two on worse terms of just the 4 lb of his penalty. It is fair to say they have their work cut out to turn the tables.

Among others with a better chance are Vieux Lion Rouge – the only other penalised horse in the field, due to an Aintree win recently – Springfield Fox – unexposed and with a recent pipe-opener over hurdles to his name – and Christmas In April.

The last-named has more than a topical and ironic name to recommend him, being a doughty stayer who split two well-treated rivals last time at Fontwell.

However, the 25s, 20s and other successively shorter prices, about Christmas In April disappeared quicker than toilet roll in the aisles of a supermarket at the start of a global pandemic. His current price of around 10/1 looks about right.

That may also be the case with Secret Reprieve, who Oddschecker tells me was 25/1 before that Trial victory and still 10/1 for a while after it.

If you have the fancy prices, well done you. But even a short-priced favourite is a backable favourite if you think it should be shorter still. I do.