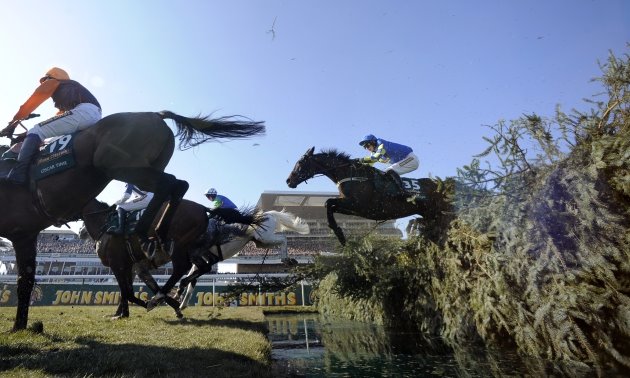 How was the 2015 Grand National for you?

An individual’s answer may depend on a number of things. In wider terms, racing enthusiasts are likely to breathe a big sigh of relief that there were no fatalities in the race itself, though there was a nasty injury to one faller, Balthazar King.

In the aftermath of that incident, the amount of misinformation doing the rounds on Twitter – some of it fuelled by media sources and very little of it countered by official mouthpieces – reached epidemic proportions. Both media and official communication needs to be improved.

The 2015 Grand National was relatively incident-free, for all that it did not especially appear that way at times. But the per-fence faller rate of 1.2% means that three of the four lowest figures this century have occurred since significant modifications were made prior to the 2013 running.

Your response to the opening question may also depend on whether or not you turned a profit from betting on the event.

If you did, then well done, for it was not an easy result to predict. If you did so in the win market at the industry starting price (ISP), then well done, too. But, whether you were aware of it or not, you were being taken for a ride, and not the kind of joyous ride experienced by Leighton Aspell aboard the winner, Many Clouds.

The theoretical mark-up in favour of bookmakers on starting-price bets – the “over-round” – is an easy thing to calculate, (as detailed here).

It is an important figure, as it reflects the rate at which SP punters’ money gets returned in winnings and is therefore a crucial measure in defining the attractiveness of betting on horses as a product. The sport itself depends upon this.

A high over-round works in favour of bookmakers – in the short term, anyway – and against punters.

In a robust, self-correcting, starting-price system, market forces should be driving those over-rounds down and the wishes of off-course bookmakers should not conveniently be granted by the on-course market, as the Starting Price Regulatory Commission (SPRC) acknowledges.

Something failed in this year’s Grand National market, as the following figures show, and it is by no means the first time that this has been the case of late.

In theory, you had to stake £165 to return £100 in this year’s Grand National, which takes betting on racing’s showcase event into the territory of scratch cards and the National Lottery. Unlike those offerings, the profits do not go to good causes, unless you count the shareholders of bookmakers as such.

The situation was so extreme that Coral odds compiler James Knight decried it, with admirable but typical candour, in Monday’s Racing Post.

What is British racing doing about this? Nothing, it would appear.

The SPRC has failed to provide adequate explanation for previous examples of suspicious returns and has apparently not followed through with its stated intent of reporting in a timely manner on activities at Wolverhampton which prompted the threat of action from that course’s executive.

The SPRC has not, at the time of writing, responded to a request from Timeform for comment on the latest Grand National figures.

The British Horseracing Authority, which should be very concerned about anything that potentially undermines the credibility of betting on the sport it governs, made no official comment on the concerns raised in those earlier blogs nor on the latest Grand National fiasco.

The BHA’s former head, Paul Bittar, made plenty of good noises about the importance of punters at the time of taking office but left with the “P word” a distant memory and nothing materially having changed.

This would be a good opportunity for the new head of the BHA, Nick Rust, to make his mark. At one and the same time, he could show that he intends not to allow punters to be fleeced and put distance between himself and his bookmaking past.