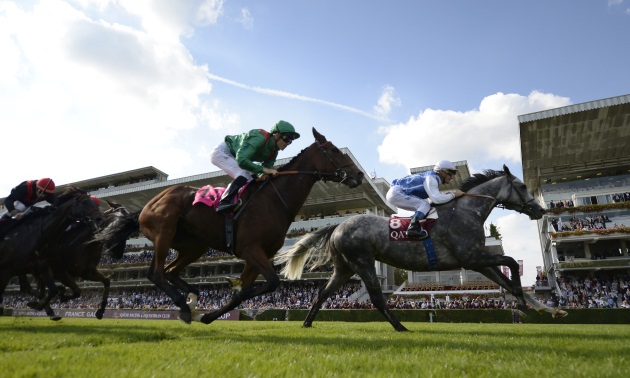 Keith Melrose looks back on the Qatar Goodwood Festival and examines how some of the affected divisions are shaping up.

"The most revelatory performances at Goodwood came in the lesser Group races, which could be taken as an endorsement of the prize-money pumped into the meeting by its new benefactors, the state of Qatar. The lucre of such races now match that of many Group 1s."

We expected to be starting off this round-up of Goodwood week with the latest ‘Duel On The Downs’ in the Sussex Stakes, this time between Gleneagles and Solow. Not so. Gleneagles, of course, wasn’t declared on Monday and, in even more of a foregone conclusion than the resultantly-depleted Sussex, Aidan O’Brien declared himself “delighted” with the decision after walking the course.

As it was, the Sussex broke no new ground in terms of ratings: Solow didn’t need to match his 130-rated best to hold off Arod, who ran up to his Master Rating of 126. It made for a substandard renewal, albeit one that was taken by a horse worthy of the race’s recent history.

Similar comments apply to Glorious Goodwood’s other Group 1 prize, the Nassau Stakes. Legatissimo is in the right bracket, better than Sultanina or Winsili and still a little behind Midday and The Fugue, but didn’t have to run up to her 121-rated best on the day. The readiness with which she beat Wedding Vow (112) nonetheless makes out the performance to be her best since she won the Guineas. By virtue of results elsewhere over the weekend (which we’ll get to in a bit), she also emerges as the filly to beat in Europe over a mile or 10 furlongs.

The most revelatory performances at Goodwood came in the lesser Group races, which could be taken as an endorsement of the prize-money pumped into the meeting by its new benefactors, the state of Qatar. The lucre of such races now match that of many Group 1s.

The most obviously taking win was probably Shalaa’s convincing success in the Richmond. He thumped a field that included progressive listed winner Tasleet (107) and Steady Pace (110), already placed twice at top meetings this summer. For that Shalaa is now rated 120p and is currently the best juvenile in the world.

Were it not for trainer John Gosden’s assertion that Shalaa will remain a sprinter for the foreseeable future, he’d justifiably be the standout contender at this stage for next year’s 2000 Guineas- he’s certainly bred to get a mile next year. Other two-year-old winners at the meeting, namely Kachy (108p) and Galileo Gold (106p) were pretty much on-par for winners of the Molecomb and Vintage Stakes respectively.

Only one other winner through the whole meeting was able to better Shalaa’s figure. That was Muthmir in the King George, who in giving weight to an up-to-scratch Group 2 field recorded a winning figure of 125. The lessons where Muthmir is concerned are more revision than fresh learning: it’s becoming increasingly clear that the Nunthorpe over a quick five furlongs is the day of reckoning for him, providing the final answer to whether he’s just another Group 1 sprinter or the champion-in-waiting he’s appeared to be on a couple of occasions.

At the other end of the stamina scale, we received clues for the St Leger and in the older-horse staying division without getting any closer to a definitive conclusion on either. The Goodwood Cup did at least tell us that neither Big Orange’s Princess of Wales’s win, nor that of Trip To Paris (124) in the Gold Cup, were outliers. The second-named actually enhanced his reputation if anything, going down as something of an unlucky loser even under a Group 1 penalty. The winner is rated 121.

The Gordon Stakes was a bit below standard, while of the two that came clear Highland Reel (118) wouldn’t be sure to stay at Doncaster and Scottish (113) is unqualified for the Leger as a gelding. Lillie Langtry winner Simple Verse (110p) is only quoted by one firm as she needs to be supplemented, but doing so could prove attractive to her deep-pocketed connections: at the rate she’s improving, she wouldn’t be far off the standard required for a filly to place in the Leger- 115 on five-year averages. Winning (119 on average) would obviously be a bigger ask.

A final mention at Goodwood goes to The Corsican (122p), who notionally backed up his Prince of Wales’s fourth by proving an unlucky loser (to Dubday, 120) in the Glorious Stakes. Though it’s a moot point given the ground that went against him also took Golden Horn out, the fact that winner Postponed ran to 127 in the King George tells us that The Corsican wouldn’t have been out of his depth in that Group 1, nor will he be in those upcoming. 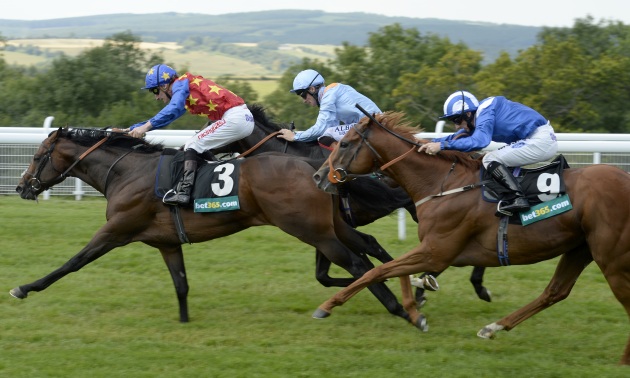 There was another major racing festival last week, at Galway, though as usual that meeting provided only a little of interest to other big fixtures, an altogether more folksy affair than Goodwood’s ‘garden party with racing attached’.

The big races at Galway were at least up to scratch. Plate winner Shanahan’s Turn has a way to go in order to match last year’s winner Road To Riches, who of course went on to finish third in the Cheltenham Gold Cup, though there is enough unfinished business about him to suggest that he too could make the step into graded chases. Nonetheless, on the whole it usually pays to be circumspect with races like the Galway Plate- a summer jumps race in which only the more prominent racers can win- and we’ve done so again, rating Shanahan’s Turn 152+, the symbol reflecting that he might prove a bit better than that.

Conversely, the Galway Hurdle appeals as really strong form, drawing together as it does so many good form lines. Winner Quick Jack brings most of them, from the County Hurdle to the Chester Cup, and he gets a rating of 145+ for beating Northumberland Plate runner-up Max Dynamite (142+). Ted Veale and Hidden Cyclone, who filled the minor places, both have plenty of form in good races on both sides of the Irish Sea, while defending champion Thomas Edison (154+) was still a big threat when coming down at the last.

We’ll be making regular visits to Deauville over the next month, which isn’t quite as good as it sounds taken literally but will still involve a lot of top-class racing. The Prix Rothschild started their August festival and was won by Amazing Maria (120) from the much-vaunted Ervedya, who is on the same figure. Both seem best played late, which could make any future meetings into a drawn-out game of chicken, but for now our focus should be on the job David O’Meara has done in improving Amazing Maria, now a dual Group 1 winner.

The fallout, as mentioned above, puts Legatissimo on top among the fillies around this trip. Though we’re confident in the order as it stands given the criss-crossing form lines, there isn’t much between the three we saw this weekend, Lucida (119) and even Avenir Certain (120). A race to sort them out would almost make up for the ‘Duel On The Downs’ we lost last week.

A big performance in a Sunday-night race across the Atlantic means we’ve a rare stop press in the Ratings Update.

And what a stop press it is: following his win in the Haskell Invitational, when he barely came off the bridle against a group of three-year-olds already proven as (albeit minor) Grade 1 players, American Pharoah has been rated 136. It makes him the highest-rated US horse since Ghostzapper in 2004 and, more presently, is the latest raise played in the battle to be the world’s best racehorse.