Ratings Update: From California to Arrogate 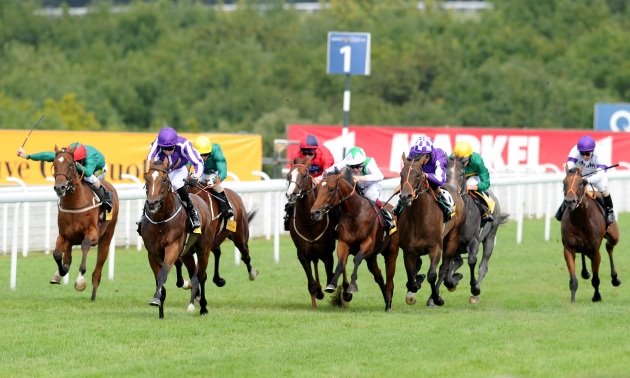 Nic Doggett reviews the key performances on Timeform ratings after the 2016 Breeders' Cup at Santa Anita.

Question: When does a loss feel like a win?

Answer: Rarely, if ever.

However, if ever a performance was a candidate, it was California Chrome’s gallant runner-up effort in Saturday’s Breeders’ Cup Classic. Art Sherman’s star (up 1 lb to 138) was 10 and three-quarter lengths ahead of the third home Keen Ice but, having made the running, was collared late on by an exceptional three-year-old: Arrogate. In victory, the Bob Baffert-trained Arrogate not only won the lion’s share of $6 million, but also the title of the highest-rated Flat horse in the world, now 139 (from 132p). Both horses deserve immense credit for throwing up one of the most thrilling climaxes to the Breeders’ Cup meeting in recent history, with the 4 lb received by the younger horse helping sway the balance in his favour.

Interestingly (and timely), the in-foal dams of both Arrogate and California Chrome - Bubbler and Love the Chase respectively - are up for sale at the Fasig-Tipton’s November sale at Lexington today. Saturday's win for Arrogate - his fifth consecutive victory since finishing third of six at Los Alamitos in April - will have boosted Bubbler's price considerably. “She’s probably worth as much as she’s ever going to be worth right now, so it’s good timing. It’s a good selling point," said Barry Robinette, general manager of consignor Clearsky Farms.

One of the most dominant performances on the night came from the Aidan O’Brien-trained Highland Reel in the Turf. Aided by a fine front-running ride from Seamie Heffernan, Highland Reel (unchanged on 129) added a second top-level success—and fourth overall—to his record for a season that's seen him race in six different countries. He wasn’t required to better the form of his Arc second to win but he's tough and has options in both Japan and Hong Kong (where he won the 2015 Vase) before the year is out. The now-retired Flintshire (down 1 lb to 129) and Arc winner Found (unchanged on 129) found themselves with too much ground to make up turning for home; both plugged on, but neither threatened the winner. Fourth home Ulysses (up 1lb to 121) looks the type Sir Michael Stoute will excel with next season.

There was a North American 1-2-3 in the Mile as Tourist (up 2 lb to 124) got a charmed run through on the inside to beat Tepin (unchanged on 125) and Midnight Storm (unchanged on 122). The winner is a better horse now than when making little impact in this race in 2014 and 2015, while the runner-up was probably unlucky not to win this race for the second year running, coming home best of all but unable to claw back the head start she'd conceded to the winner when pushed out wide on the home turn; Tepin still deserves to be called the best turf miler on that continent. The Europeans disappointed en masse: Limato (unchanged on 129) fared best in sixth - for all that he was probably unsuited by the step back up in trip, he wouldn’t have won over any distance.

The evening started on a much brighter note for Europe when Queen’s Trust (122 from 119p) pipped Lady Eli (122 from 120+) by a nose in the Filly And Mare Turf, providing another Breeders’ Cup success for Sir Michael Stoute and Frankie Dettori. Seventh Heaven (unchanged on 126) ran on well for fourth but never threatened. Front-running performances of note on the evening came from Drefong (127 from 123p) in the Sprint, Obviously (up 1 lb to 122) in the Turf Sprint, and Classic Empire (123 from 116) in the Juvenile. Juvenile runner-up Not This Time (121 from 118p) came from further back and emerges with as much credit as the winner.

The European performance of note on Friday came from Juvenile Turf runner-up Lancaster Bomber (113 from 112?) who got going too late when one and a quarter lengths second to Oscar Performance (up from 113p to 116). Former Saeed bin Suroor inmate Tamarkuz (up 7 lb to 125) finally got his American career started, in style too, with a three-and-a-half-length win in the Dirt Mile.