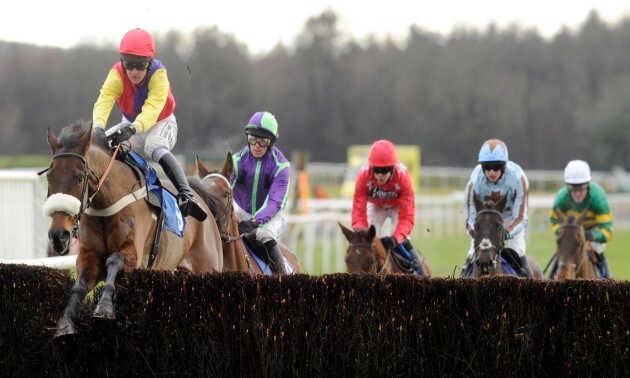 Clan des Obeaux beat two former winners of the race in landing a tenth King George VI Chase for trainer Paul Nicholls, but where does that leave the pecking order of the top staying chasers? John Ingles rounds up the major changes to the Timeform ratings over the Christmas period.

A very different result was anticipated when all five runners from last month’s Betfair Chase met again in a most representative field for the King George VI Chase at Kempton - and that’s what we got. But it wasn’t the outcome many were expecting, with favourite and last year’s winner Might Bite (168? from 170) trailing home again as he did at Haydock. Reported to have bled, he couldn’t be backed with confidence at present.

Instead, it was the junior member of the field, six-year-old Clan des Obeaux (170 from 161) who improved most from Haydock, having just his third start at three miles and delivering under a confident ride from Harry Cobden to beat the 2016 winner Thistlecrack (169 from 166+) who also improved on his Haydock run (third there) and had looked set for a repeat success turning for home. Clearly suited by a good test of stamina, Clan des Obeaux has youth on his side and there could be more to come from him when he tackles the Gold Cup trip. However, title holder Native River (remains on 172) will be a leading Gold Cup contender again, sure to be much more at home back at Cheltenham than he was here, jumping to his left and never travelling well but staying on for a moderate third. The fall of Bristol de Mai (167 from 169) at halfway not only denied him any chance he might have had of following up his latest Betfair Chase win, but also regrettably put Waiting Patiently (168p) out of the race.

Might Bite’s poor showing came hot on the heels of stable-companion Buveur d’Air (remains on 170) suffering a shock defeat (only his second over hurdles, after Altior beat him in the 2016 Supreme) in the Christmas Hurdle. However, Nicky Henderson still had the winner as it was the mare Verdana Blue (152 from 151+) who nailed him on the post by a short head. It was more a case of the previous year’s winner having an off day than the winner suddenly improving, and while Verdana Blue could go back on the Flat, Buveur d’Air, who flattened the third-last flight, is still likely to be the one to beat when bidding for his third Champion Hurdle in March.

A shock in the Unibet Christmas Hurdle at @kemptonparkrace as Verdana Blue beats Buveur D'Air in a photo finish! pic.twitter.com/2k74AILfRx

It was a good day for mares as the card’s other Grade 1, the Kauto Star Novices’ Chase, went to the likeable La Bague Au Roi (146p from 141p) who maintained her unbeaten start over fences with a fine round of jumping and a game response to see off the still rather raw Topofthegame (152p from 145p), while Santini (remains on 154p), back in third, added to Henderson’s mixed results on the day. All of the first three are novices with a future, Santini included, as, much like Native River in the King George, he left the firm impression that Cheltenham (specifically the RSA) will play to his strengths much more.

Boxing Day’s other highlight in Britain was the Rowland Meyrick Handicap Chase at Wetherby where Lake View Lad (151 from 143) and Captain Chaos (134 from 130) finished one-two again as they had in the Rehearsal Chase at Newcastle earlier in the month despite the former being 5 lb worse off at the weights this time. Trained by Nick Alexander, the now Trevor Hemmings-owned winner looks likely to have the Grand National as his target.

Rather than Leopardstown, it was Limerick which staged Ireland’s most interesting contest of the day. The track’s first Grade 1, the Matchbook Betting Exchange Novices’ Chase over just short of two and a half miles, had a dramatic outcome, with Hardline (153p from 148p) getting the better of long-time leader Getabird (153p from 147p) by half a length, though the result would have gone the other way but for the odds-on favourite making a mess of the last, having jumped soundly until then. He’s worth backing to make amends.

Meanwhile at Leopardstown, Joseph O’Brien saddled the first two in their Grade 1 novice chase, the Racing Post Novices’, over two miles and a furlong. Coming back in trip after being beaten by stronger stayer Delta Work in the Drinmore, the sound-jumping winner Le Richebourg (156p from 149p) looks a serious Arkle contender, while runner-up Us And Them (151 from 136), who had been second to Hardline on his previous start, was another to impress in the jumping department and ran a career best.

The Knight Frank Juvenile Hurdle was the most important race of its type run in Ireland so far this season, though the 14/1 winner Rocky Blue (134 from 110p) looked fortunate to collect as he was left clear by the last-flight fall of joint-favourite Coeur Sublime (126p). One of five fielded by Gordon Elliott, he was about to take the lead when crashing out.

As well as Boxing Day, there was some excellent racing to catch up on briefly from Ascot last Saturday. The JLT (Long Walk) Hurdle had early drama when 2017 winner Sam Spinner (158) tried to refuse and unseated at the second, while another former winner Unowhatimeanharry (154) also failed to complete. Instead it was Paisley Park (151p from 149p) who continued on his upward curve to complete a hat-trick this season with a two-length beating of West Approach (146$ from 143$), Thistlecrack’s half-brother travelling much better through the race on his return to hurdling than in his recent starts over fences.

Paisley Park is victorious in a wide open and incident packed JLT Hurdle at @Ascot! pic.twitter.com/qiQNQ05ubO

Other smart performances of note on Ascot’s card came from County Hurdle winner Mohaayed (150 from 146) who landed another very competitive handicap hurdle, the Betfair Exchange Trophy, off a 6 lb higher mark than at the Festival, French import Valtor (157+ from 144+) who put himself in the Grand National picture with a 33/1 success on his debut for Nicky Henderson in the Silver Cup Handicap Chase, and Hell’s Kitchen (156 from 147) who ran a career-best despite a headstrong performance in the card’s other handicap chase. He held off another Henderson debutant from France, Janika (155p from 147p), a five-year-old who looks sure to win races for his new yard.