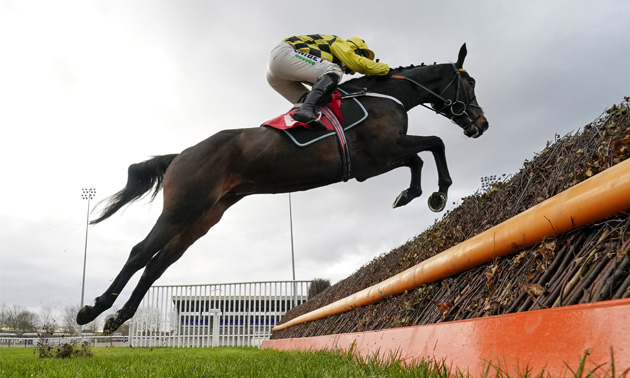 The Betfair Tingle Creek Chase (14:55) at Sandown on Saturday is available as a free Race Pass, which means logged-in customers can view all our premium comments and ratings.

The Tingle Creek (14:55) is the first Grade 1 two-mile chase of the National Hunt season and this year all eyes will be on Shishkin (192) as he tries to get his career back on track having ended last season on a low note when pulled up in the Queen Mother Champion Chase at the Cheltenham Festival.

Shishkin was the outstanding novice chaser in training in 2020/21, showing top-class form in winning his first five starts over fences, and last season began in a similar vein as he made a seamless transition into open company with wins in the Desert Orchid Chase at Kempton and Clarence House Chase at Ascot. The Clarence House was arguably the race of the season as Shishkin edged ahead of Energumene late on to maintain his unbeaten record over fences, not travelling so well as the runner-up from a fair way out but typically proving strong in the finish.

That form identifies Shishkin as Timeform’s highest-rated jumps horse in training and very much the one to beat in this line-up. Reported to have made a full recovery from the rare bone condition that ailed him at Cheltenham, he has a good opportunity here to gain the fifth Grade 1 success of his career for Nicky Henderson, who has the 'Hot Trainer' Flag to denote that his yard is in top form.

Paul Nicholls, who also has the 'Hot Trainer' Flag, saddles the horse likely to emerge as the chief threat to Shishkin in the shape of last year's winner Greaneteen (182). Greaneteen is now a three-time Grade 1 winner over this course and distance having also won the Celebration Chase in April for the second year in succession, quickening clear from three out to win by 12 lengths, and he has the 'Horse For Course' Flag to underline that he is very effective under these conditions.

Greaneteen proved at least as good as ever after six months off when also winning the Haldon Gold Cup at Exeter last time, making all to give weight and a seven-length beating to some smart rivals. This has been the target ever since and another bold bid seems assured, for all that he'll need a significant career best to trouble a peak-form Shishkin.

The Willie Mullins-trained Gentleman de Mee (175p) developed into a high-class novice chaser last season, producing his best effort when winning the Maghull Novices' Chase at Aintree by four and a half lengths from Edwardstone (174) in dominant fashion.

Gentleman de Mee then proved a disappointment on his return to action at Naas last month – he was already beaten when hampered and unseating his rider at the last – but it's far too soon to be writing him off after just one bad run. He'd looked most progressive in completing a hat-trick in the spring and there should be more to come from this bold front-runner, who could be some sight over these fences for another yard with the 'Hot Trainer' Flag.

Edwardstone won five races in a row last season before coming up short behind Gentleman de Mee at Aintree when possibly feeling the effects of a long campaign. He had previously shown high-class form to run out a decisive winner of the Sporting Life Arkle at the Cheltenham Festival, keeping on well on the run-in to land the spoils by four and a quarter lengths. This will be his toughest test yet now stepping into open graded company for the first time, but he's tough and likeable and seems set for another productive campaign.

Funambule Sivola (173) proved he belongs at this level last season, notably winning the Game Spirit Chase at Newbury before producing an even better effort in defeat when filling the runner-up spot in the Queen Mother Champion Chase at the Cheltenham Festival. Admittedly, that was a race which rather fell apart and Funambule Sivola was comfortably put in his place by Energumene (beaten eight and a half lengths) when that rival asserted in the straight, but he's clearly a high-class performer and well worth his place in the line-up for Venetia Williams, who also has the 'Hot Trainer' Flag.

The field is completed by Dunvegan (171), who was on a roll last season when he won back-to-back handicaps at Fairyhouse prior to chasing home Chacun Pour Soi (beaten 12 lengths) in the Dublin Chase at Leopardstown. He too is capable of high-class form on his day and a recent run on the Flat is likely to have blown the cobwebs away after nine months off, but others make more appeal in a race with as much quality as this.

Shishkin can put his Cheltenham Festival blip firmly behind him and affirm his position at the top of the two-mile chasing division. He won't have it easy though, with both last year's winner Greaneteen and Sporting Life Arkle hero Edwardstone having proven course form in what should be a race to savour.