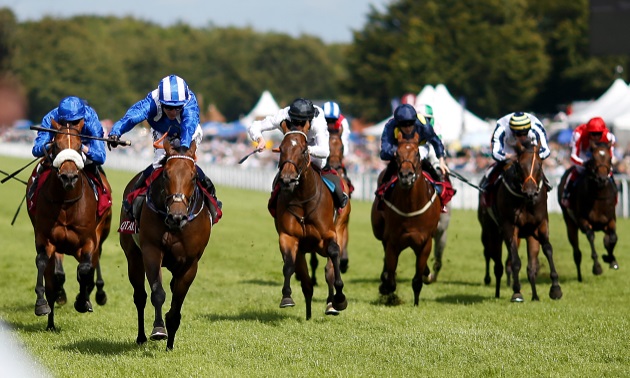 Timeform's Andrew Asquith picks out three horses who have produced notable performances on the clock and could be worth looking out for on Saturday.

Rewaayat showed fairly useful form last season, but has returned a much-improved model this year, winning both of his starts in authoritative fashion.  He was sent off favourite for his return on the all-weather at Lingfield, and was well suited by a well-run race, making up a remarkable amount of ground in the straight to prevail by a neck from a subsequent winner.

It was his latest win at Salisbury that marked him down as a horse to follow, though, again well suited by a furious gallop, but proving much too good for his rivals, stretching clear to score by seven and a half lengths. Rewaayat was perfectly placed in the slipstream of the tearaway leader, taking over from that rival around two furlongs from home and soon in complete control. Admittedly, he was seen to good effect on that occasion given how the race panned out, but the timefigure he recorded was excellent and, for all he has been raised 12 lb in the weights, he will remain of interest.

Only four runners are set to go to post for this year’s renewal of the Lillie Langtry Stakes and Enbihaar is a particular stand out on both form and on the clock. She was very progressive last season, winning four of her six starts, notably this race and the Park Hill Stakes (over a similar trip) at Doncaster. Enbihaar recorded good timefigures in both of those wins, better than anything her rivals her have achieved on the clock.

She had solely raced against her own sex last season, and she made an encouraging return over a trip short of her optimum when fourth to Dame Malliot (who had finished well behind her in the Park Hill) in the Princess of Wales's Stakes at Newmarket last time, doing all of her best work at the finish. Enbihaar was strong in the market that day, starting the 9/4 favourite, so she was presumably straight enough to do herself justice, but much better is expected now returned to this trip, and even money at the time of writing looks more than fair. Manuela de Vega has won both of her starts this season, and has recorded some decent timefigures, too, but conceding at least 3 lb to her rivals makes life tougher.

One of the performances of the week!

Looking at Tomfre’s recent form figures doesn’t inspire much confidence now going up against some unexposed handicappers, but he has some solid efforts on the clock to his name, and is of interest at the prices.

He was a very progressive two-year-old, winning four times in all, including a competitive seven-furlong nursery at Newmarket from a BHA mark of 90. Tomfre found the Horris Hill over the same course and distance too taxing on his final start last year, but he started the 4/1 second favourite for that event, and was likely unsuited by testing conditions. He shaped well on his return on all-weather debut at Lingfield, and was unlucky not to win at Sandown on his next start, showing improved form but meeting trouble in-running around two furlongs out and checked again in his final strides while closing all the way to the line. Admittedly, he was below form in the Bunbury Cup at Newmarket last time, but that was his first time tackling a big-field, competitive handicap, so he can be forgiven that. Tomfre thrived on racing last year, and will give these something to think about if bringing his best form.