Three things to watch on day three at York 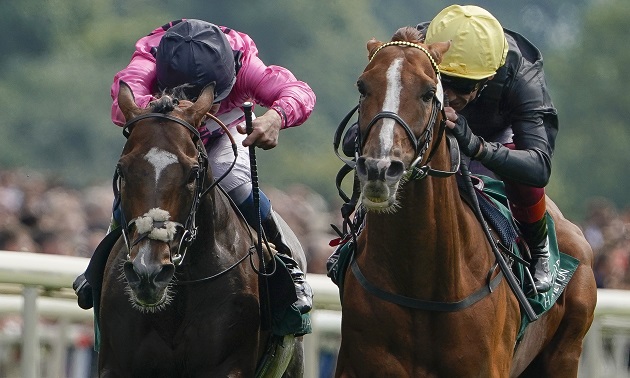 Stradivarius bids to set another record

That ten-length victory at Royal Ascot was his third in the Gold Cup and is a tally which has been bettered only by Yeats, while no horse can match his haul of four Goodwood Cups.

When Stradivarius won the Yorkshire Cup in May he set a new record for Group-race wins by a horse trained in Europe, with his tally of 18 taking him one ahead of Cirrus des Aigles.

Stradivarius will bid for another Group-race success on Friday in the Lonsdale Cup, a race he has won three times before. There's not a £1 million bonus up for grabs, like there was when he won in 2018 and 2019 after carrying all before him earlier in the season, but there's still plenty at stake as victory would see him set a new modern-day record for wins at York. He currently shares that honour with Dakota Gold and Copper Knight with six wins on the Knavesmire.

Time for Noble Style to shine on the big stage

Charlie Appleby is having a fine season with his two-year-olds, operating at a 38% strike-rate, but there's a fair chance his best juvenile is still the first one he introduced this term. Noble Style created an excellent impression on his debut in a five-furlong novice at Ascot in May, readily quickening a length and a quarter clear of Walbank, who has since finished placed in the Norfolk and Molecomb, while subsequent Richmond Stakes winner Royal Scotsman was back in fourth.

That stylish success sent Noble Style to the head of the Coventry Stakes market but he was forced to miss Royal Ascot after connections were unsatisfied with the results of some blood tests. He didn't return until during Glorious Goodwood week, but Newmarket rather than the Sussex Downs was his destination.

Connections may have opted to keep it low-key but he was not presented with a penalty kick in a six-furlong novice as he was up against Mill Stream, an impressive debut winner who subsequently shaped well when a non-staying fourth in Wednesday's Acomb Stakes at the Ebor meeting.

Noble Style only won by half a length, but he had more in hand than the margin would suggest and was strong in the finish after understandably seeming to lack something in sharpness. That outing should aid his development and, now stepping up into Group company in the Gimcrack, he finally gets the chance to shine on a big stage and show his true worth.

Will another Group horse emerge from Britain's richest maiden?

The Convivial Maiden is the most valuable race of its type in Britain and the recent roll of honour reads well. In 2019 it was won by Molatham who went on to win the Jersey Stakes, in 2020 it was won by Naval Crown who won the latest edition of the Platinum Jubilee Stakes, while last year it was won by Hoo Ya Mal who went on to finish runner-up in the Derby before being sold for £1.2 million.

It's likely the 2022 edition will take a fair bit of winning as there are some well-bred juveniles from powerful yards here, including representatives of Charlie Appleby and Aidan O'Brien.

Appleby's Desert Order heads Timeform's weight-adjusted ratings based on the form he showed when runner-up to a promising sort at Sandown last time. He had previously offered plenty of encouragement when third in a strong Newmarket maiden on debut.

O'Brien, who is responsible for the leading juvenile this season in Little Big Bear, has not had a runner in this race since 2011 when Athens finished fourth. He brings a promising sort over this year, though, in the shape of Salt Lake City who is by Galileo and out of Queen Mary winner Heartache. He offered a lot to work with when runner-up to a highly-regarded sort on debut at the Curragh a couple of weeks ago.