Three things to watch on day four at York 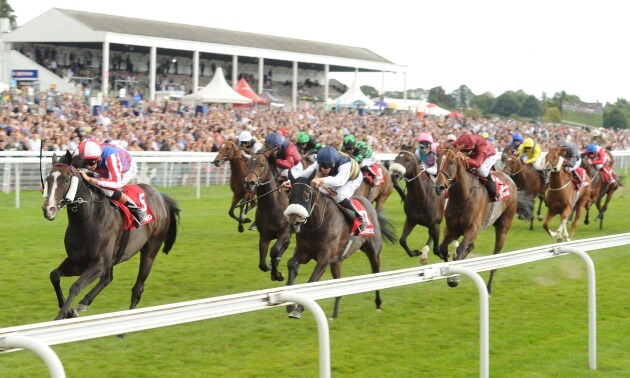 Ireland mounting another strong raid on the Ebor

Last year’s Ebor fell to the Johnny Murtagh-trained Sonnyboyliston but that success for an Irish-trained horse was far from a one-off in the history of Europe’s richest handicap. Murtagh first won the Ebor with Mutual Regard in 2014 and five other Irish trainers, some better known for their jumpers, have been successful this century, namely Aidan O’Brien, Willie Mullins, Gordon Elliott, Tony Martin and Ger Lyons.

Lyons, who was successful with Mustajeer in 2019, is represented this year by the very lightly raced Juddmonte gelding Licence. Joseph O’Brien is double-handed, with Benaud, a winner at Bellewstown last time out, and the unexposed Okita Soushi who ran his best race on his only previous start in a handicap when a keeping-on third from off the pace behind Get Shirty (whom he meets on better terms here) in the Copper Horse Stakes at Royal Ascot.

Recent Galway Festival winner Shanroe, who was fourth last year for Karl Thornton, is in the field again, while Jessica Harrington is represented by Ever Present who made an excellent transition from bumpers to the Flat last season and might have needed the run on his return in a listed race at Down Royal last month.

But the best chance of another Irish winner probably lies with Earl of Tyrone who is seeking a four-timer for Paddy Twomey. He’s not alone in having shown plenty of improvement since joining Twomey’s stable this year and he took another step forward when winning a listed race at Limerick when last seen out in June. The runner-up, Raise You, has franked that form by going on to win a Group 3 contest since, and Earl of Tyrone looks as though he’s been laid out for the Ebor with a two-month break since his last run.

Possible Ebor horses of the future on show in the Melrose

Three-year-olds can no longer run in the Ebor but they have their own valuable race over the same trip earlier on the card and winning the Melrose guarantees a place in the field for the following year’s Ebor. The Melrose is a competitive event in its own right, and certainly a race to keep an eye for promising young stayers.

Andrew Balding has won the last two renewals with Coltrane – a winner at Royal Ascot this year – and Valley Forge who takes his place in the Ebor field. Soul Stopper is the one charged with making it three wins in a row for Kingsclere and he certainly has the right sort of profile, having followed up a maiden victory when winning with plenty in hand on his handicap debut at Chester last time.

Charlie Appleby is another trainer who has won two recent editions of the Melrose and his two runners this year both have plenty to recommend them. William Buick partners top weight Wild Crusade, a brother to Godolphin’s Breeders’ Cup Turf winner Yibir, who made it three out of four for the season at Ascot last time. Frankie Dettori comes in for the ride on Al Nafir, who has a no less eye-catching pedigree as a brother to Ghaiyyath, winner of the Juddmonte International at this meeting two years ago. Al Nafir should be suited by this longer trip on his handicap debut.

The one to beat, though, could be lurking at the foot of the weights. William Haggas has won this twice since 2012, including with Hamish in 2019, and Soulcombe makes plenty of appeal going up in trip. He has done well since being fitted with blinkers and looks open to further improvement after his last run at Goodwood when, seeking a hat-trick, he was left with plenty to do before staying on for fourth behind Secret State who was runner-up in the Great Voltigeur earlier in the week.

Kirsten Rausing has already had a memorable week after her likeable mare Alpinista saw off younger rivals, headed by Oaks winner Tuesday, for a game win in Thursday’s Yorkshire Oaks to record her fifth Group 1 win on the bounce.

Things could get better still for the owner of Lanwades Stud as another of her homebred fillies, the Andrew Balding-trained Sandrine, looks to have a good chance in the City of York Stakes. Sandrine was runner-up in the Lowther Stakes at this meeting last season and, as the only three-year-old filly in the field, is getting weight from all nine of her rivals.

Sandrine started off over a mile this season, running creditably when fifth in the 1000 Guineas and giving a good account when third in the Falmouth Stakes, but she ran her best race last time when dropped back to seven furlongs. That came in a competitive edition of the Lennox Stakes at Goodwood in which she showed improved form on her first start against male rivals.

Sandrine had only a neck and a short head to spare over Kinross and Pogo who re-oppose her here, but she has more scope for improvement than that older pair, while her Lennox form also gives her the edge over the other filly in the field, Sacred, who was fifth behind her at Goodwood.