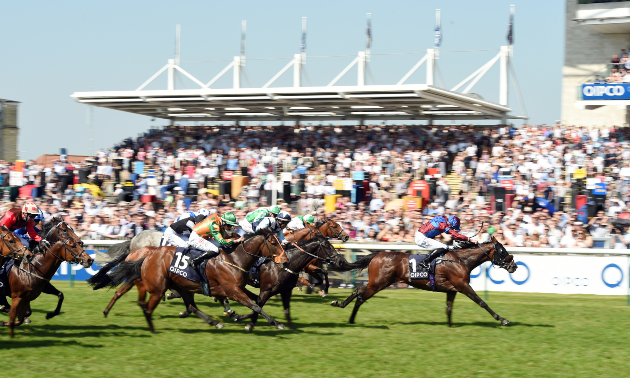 The Stewards' Cup at Goodwood on Saturday is available as a free Race Pass, which means you can view all our premium comments and ratings.

While the Stewards’ Cup (15:40) is traditionally the big betting race of the week at Goodwood, it’s also long on quality as well. Nearly half of the 28-strong field are running off BHA marks of 100 or more, while the top two on the racecard, Chil Chil (118) and Summerghand (121), took on the very best sprinters around in the July Cup last time and can boast Group 3 wins themselves this season in the Chipchase Stakes and Abernant Stakes respectively. The latter earns the ‘Horses For Courses’ flag after also winning this contest last year, while his in-form trainer David O’Meara has the ‘Hot trainer’ flag.

Pick of the weights on Timeform’s weight-adjusted ratings, though, is Hurricane Ivor (130) who has evidently joined William Haggas this season with a prize like this in mind. Haggas has won the Stewards’ Cup twice already with Conquest and Rex Imperator. Hurricane Ivor began his career in France where he won two of his first three starts before his form levelled out but his fortunes have been revived of late for his new yard.

Hurricane Ivor dead-heated in controversial circumstances at Sandown earlier this month (the original verdict of the photo-finish was given against him before the placings were revised and he was given a share of the spoils) and he then came off worse, legitimately this time, in another photo-finish at Ascot where he easily beat all his rivals on the far side of the track but was a short head behind Significantly who raced on the more favoured stand side. The promise of that run, which strongly suggests that he’s a well-handicapped horse, earned him the ‘Horse In Focus’ flag. While Hurricane Ivor has raced only over five furlongs for his new stable, he has won over six in France and is likely to be at least as effective back at that trip.

Among Hurricane Ivor’s rivals, Fresh (123), trained by James Fanshawe is feared most. He too suffered a narrow defeat at Ascot on his latest start when leading inside the final furlong of the Wokingham only to be headed late on by the very smart three-year-old Rohaan. That was another improved effort from Fresh who had won over the same course and distance on his previous outing and has since been given an entry in the Sprint Cup at Haydock.

Several of the Wokingham field meet again here in fact, with Chiefofchiefs (125), Gulliver (122) and the 2020 Wokingham winner Hey Jonesy (122$), who were fourth, fifth and sixth at Ascot, faring best of the rest. Hey Jonesy is one to treat with caution but his trainer Kevin Ryan has three other chances, the best of them looking to be Bielsa (127) who is well handicapped and has the ‘Jockey Uplift’ flag with Oisin Murphy riding him for the first time. Bielsa looked unlucky to be beaten a nose by Punchbowl Flyer (121) at Haydock two starts ago when racing on the ‘wrong’ side and, having missed the cut for the Wokingham, seemed not to get home over the extra furlong of the Buckingham Palace Stakes at Royal Ascot.

Of those at longer odds, William Buick’s mount Great Ambassador (126) looks interesting for Ed Walker. He’s another with a new trainer this year and made a winning start for his new yard when beating Barbill (123?) and Gulliver at Kempton in March.  On his only run since, Great Ambassador was third to Chil Chil off level weights at Newmarket three months ago when left poorly placed but is now a whole stone better off with Andrew Balding’s mare.

William Haggas appears to have a cracking contender in HURRICANE IVOR. He’s a sprinter on the rise and was probably unlucky not to follow up his Sandown success at Ascot when drawn on the wrong side, a performance strongly suggesting he's ahead of his mark. Fresh ran a screamer in the Wokingham and is second choice, with Great Ambassador interesting at longer odds.

Just click here to view the full card and Timeform analysis for the Stewards' Cup at Goodwood on Saturday. You can subscribe to Race Passes to access every race here.