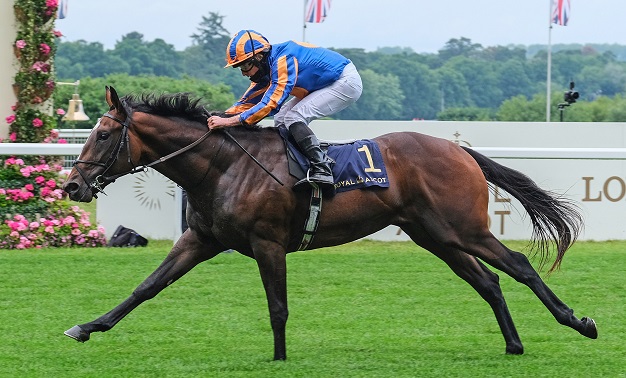 The St James's Palace Stakes at Royal Ascot on Tuesday is available as a free Race Pass, which means you can view all our premium comments and ratings.

The St James’s Palace Stakes is one of the last Group 1s over a mile for three-year-olds before they take on their elders and this year’s renewal looks a cracker. The Timeform weight-adjusted ratings are headed by 2000 Guineas winner Poetic Flare (136), who has been kept busy since, running below form in the French 2000 Guineas at Longchamp before bouncing back to his best when narrowly denied by stablemate Mac Swiney in the Irish equivalent last week. Clearly he takes his racing very well, but he meets some up-and-coming types here who may have more scope to progress.

One horse who is open to improvement is the unbeaten Mostahdaf (131p), who was given the Horse In Focus Flag when beating Highland Avenue (131p) in the Heron Stakes at Sandown last time.  He had won his first two starts on the all-weather at Kempton, but proved himself on turf and overcame the rise in class in the style of a high-class colt in the Heron, still showing signs of inexperience but ultimately well on top at the finish. That win came on heavy ground, so he will need to prove his effectiveness on a faster surface, but there is nothing about his action that suggests it should pose a problem, and he remains an exciting prospect.

Highland Avenue was conceding 3 lb to Mostahdaf on that occasion, and may have been at a disadvantage kept to the inside in the straight, so there is reason to think he could be even more competitive now. The return to better ground will also be in his favour and he looks fairly priced in relation to Mostahdaf on these revised terms.

Aidan O’Brien is in top form at present – highlighted by his Hot Trainer Flag – and he is well represented by Battleground (129), Ontario (120) and Wembley (130). The first-named proved himself a smart juvenile last year, impressively winning the Chesham Stakes at this meeting before following up against stronger opposition in the Vintage Stakes at Goodwood. A strong, lengthy colt, it is no surprise that he wasn’t seen to best effect round the tight turns of Keeneland on his final start last season and he can also have his return run in the 2000 Guineas at Newmarket dismissed.

He lost his action in the Dip that day and wasn’t given a hard time afterwards. There was a weight of support which came for him just before the off, so clearly he had been pleasing in his work at home, and the return to a flatter track should be in his favour. Battleground also goes in a first-time tongue tie.

Another horse who didn’t fare as well in the 2000 Guineas was Thunder Moon (130) who failed to beat a rival home. He was one of the best two-year-olds around last year, but disappointed both in terms of appearance (hasn’t grown much, was coltish and on his toes) and in the race itself. Thunder Moon has something to prove now, but he did beat Wembley and Lucky Vega in the National Stakes on just his second start last year and may bounce back.

Lucky Vega (135) finished a solid third to Poetic Flare in the 2000 Guineas on his return and is better judged on that form than his run in the Irish 2000 Guineas last time. The softer ground appeared to blunt his speed on that occasion, but he left the impression he was still in good form, passing several rivals in the final furlong. He is expected to be more competitive now for an in-form yard.

The Richard Hannon-trained Chindit (130) is also worth a mention as he shaped well in the 2000 Guineas considering he was on the wrong side of the field to where the main action unfolded. He also didn’t seem at home on the undulations which left him poorly positioned in the middle of the race, but came home strongly once finding his stride. This track ought to suit him better and you couldn’t rule out a big run.

Last year's Chesham winner Battleground arrives here fresher than most having not had a hard race in the 2000 Guineas, but the weight of support for him that day was telling, and this strong, lengthy colt is worth another chance at this more suitable track. Poetic Flare has been kept busy since his win in the 2000 Guineas and has the best form in the book, with Lucky Vega just behind.

Just click here to view the full card and Timeform analysis for the St James's Palace Stakes at Royal Ascot on Tuesday. You can subscribe to Race Passes to access every race here. 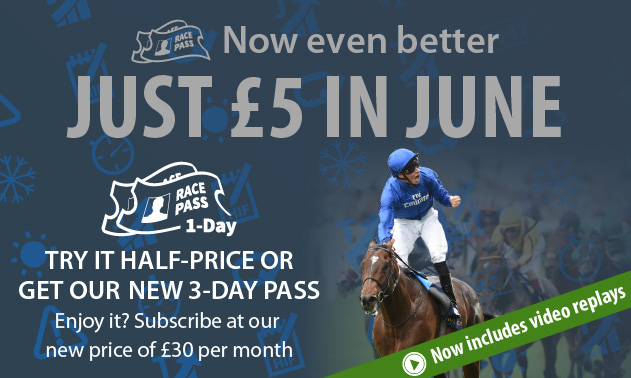