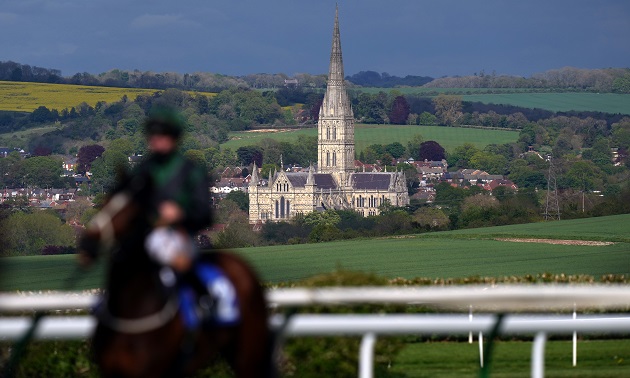 The Sovereign Stakes (16:15) at Salisbury on Thursday is available as a free Race Pass, which means logged-in customers can view all our premium comments and ratings.

Only four runners are set to go to post in the Group 3 Sovereign Stakes (16:15), the highlight of Salisbury's season, but the quartet are all smart operators with realistic claims.

Timeform's weight-adjusted ratings are narrowly headed by Modern News (128) based on the figure he earned when bolting up in a listed race by four and a quarter lengths at Windsor in May. Modern News disappointed when a beaten odds-on favourite at Pontefract on his latest start but that was a rare poor effort and one his overall profile suggests he should soon bounce back from.

On his outings between the win at Windsor and below-par effort at Pontefract, Modern News finished runner-up in a Group 3 at Epsom and filled the same position in a listed race at Windsor, bolstering the impression that he is a largely reliable operator at this level.

Tempus (125) was readily brushed aside by Modern News at Windsor in May but he has shown improved form the last twice, finishing third in the Hunt Cup at Royal Ascot and then winning a less competitive handicap back at that venue in decisive style.

It was impressive how readily Tempus settled matters once hitting the front and the form he showed there suggests he will get closer to Modern News this time, for all he will need to find a bit more improvement to turn the tables.

It's possible Tempus could have a bit more to offer as he's going the right way for Archie Watson and only made his first start for the yard in January. He had previously been trained by Roger Charlton who, along with his son Harry, is represented here by Sinjaari (127).

Sinjaari has spent much of his career being campaigned at a mile and a quarter - he won the John Smith's Cup in 2020 for William Haggas - but he has proved just as effective at a mile this season. After shaping well when fifth in the Hunt Cup, finishing first in his group, he confirmed that promise by winning a handicap at Sandown, where he impressed with how smoothly he travelled before quickening clear under hand riding.

He beat only one home in the Golden Mile last time but can have that run overlooked given the trouble he met, and he holds solid claims based on his Sandown form.

The sole three-year-old in the line-up is last year's Coventry Stakes winner Berkshire Shadow (123). He hasn't won since last year's Royal meeting but he's shown some smart form in the face of some stiff tasks, finishing fifth in the 2000 Guineas and then sixth, beaten only a length and a half, in the St James's Palace Stakes.

He was then a respectable third in listed company at Newmarket's July Festival but he promised more than he delivered, hanging away his chance, and was disappointing in a Group 3 at Goodwood last time.

Modern News will likely be pushed closer by Tempus than he was in listed company at Windsor earlier in the season but he's still the one to beat, with Archie Watson's thriving six-year-old taken to follow him home.