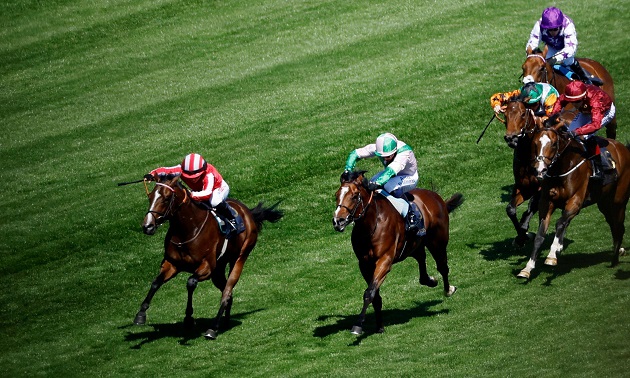 The Phoenix Stakes (16:15) at the Curragh on Saturday is available as a free Race Pass, which means logged-in customers can view all our premium comments and ratings.

The Curragh stages the first Group 1 race of the season for two-year-olds with the Phoenix Stakes (16:15) featuring some of the best youngsters seen out so far in the field of six. Aidan O’Brien has an extraordinary record in this contest, winning most of the renewals since 1998, but like last year when Ebro River was successful for Hugo Palmer, this could well be going to a British-trained colt.

Bradsell (Timeform weight-adjusted rating 123p) is the winner of both his starts for Archie Watson and couldn’t have been more impressive when justifying favouritism on his debut in a novice at York in May by nine lengths. Bradsell built on his debut effort to follow up with a smart performance in the Coventry Stakes, taking a keen hold before making smooth headway after halfway and then quickening clear once leading two furlongs out. That earned Bradsell the ‘Horse In Focus’ flag and that form looks the best on offer with two of today’s rivals finishing behind him at Ascot.

O’Brien has two runners in his bid to win this again, with Little Big Bear (117p) looking Bradsell’s main threat. He too was a winner at Royal Ascot, following up an impressive maiden win at Naas on his second start with a neck win over Rocket Rodney in what has proved to be a strong edition of the Windsor Castle Stakes. Since then, Little Big Bear has completed his hat-trick when impressing again in the Anglesey Stakes at the Curragh, powering clear when shaken up to beat Yosemite Valley by almost five lengths. There’s better still to come from him.

Ballydoyle’s other runner Blackbeard (118+), another son of No Nay Never, has had six races already but he’s won four of them and has the ‘Horses For Courses’ flag after wins at the Curragh in May in a listed race and the Marble Hill Stakes. That looked the best form going into the Coventry but he couldn’t match Bradsell for pace and was beaten nearly four lengths into fourth. However, Blackbeard was successful again last time, showing some improvement in the process, when winning the Prix Robert Papin at Chantilly by three lengths from stablemate The Antarctic who has since won in Group 3 company back in France.

Richard Hannon’s runner Persian Force (119) got closer to Bradsell at Ascot, taking second near the line to be beaten a length and a half, and that’s his only defeat in four starts. He’d looked a well above-average winner of the Brocklesby at Doncaster early on and easily followed up against two rivals at Newbury next time. His Coventry effort made him the stand-out on form in the July Stakes at Newmarket and he duly landed the odds by a length a half from outsider Show Respect after Little Big Bear had been a late withdrawal due to the good to firm ground. Persian Force earned the ‘Horse In Focus’ flag at Newmarket and he’s very much in the mix for the places.

So too is Shartash (113p), for ‘Hot Trainer’ Johnny Murtagh, who is closely matched with Blackbeard on their running in the Railway Stakes at the Curragh in June. Third in a maiden at the Curragh on his debut (Little Big Bear was runner-up in the same race), Shartash won a minor event at Naas next time and then did well to follow up in the Railway, which was a modestly-run affair. Coming from last place, Shartash was short of room at one stage but got a gap inside the final furlong and ran on for a short-head win over Blackbeard. He can improve again though is bred to stay further than six furlongs.

Joseph O’Brien’s Apache Outlaw (108) was a length and a quarter back in third in the Railway which makes him the outsider here even though that was his best effort and he perhaps should have finished closer still after getting shuffled back. He’d got off the mark at Fairyhouse on his third attempt in maidens but, like last time, he didn’t look entirely straightforward under pressure.

Bradsell is the only unbeaten runner in this Group 1 contest and Archie Watson's impressive Coventry winner can maintain his unblemished record at the chief expense of Aidan O'Brien's improving Little Big Bear who bids for a four-timer. Persian Force, Blackbeard and Shartash can fight it out for minor honours.