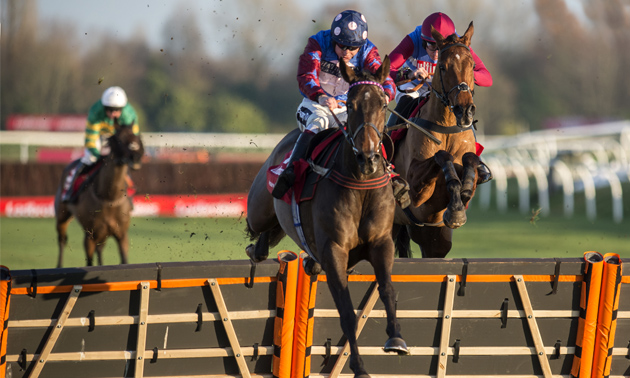 The Long Distance Hurdle (15:00) at Newbury on Friday is available as a free Race Pass, which means you can view all our premium comments and ratings.

Paisley Park was only third behind the reopposing Indefatigable in the West Yorkshire Hurdle at Wetherby last month, but he ought to strip fitter for that reappearance run and looks to have a fair bit in his favour.

Paisley Park, who meets Indefatigable on 6 lb better terms here, narrowly heads Timeform's weight-adjusted ratings with a figure of 175. That is based on the pick of his form last season, which included an excellent second in this contest when attempting to give weight to a very smart rival in Thyme Hill.

Paisley Park found three miles on quick ground at a sharp track like Wetherby placing too much emphasis on speed last time, so he will be much better suited by the return to Newbury, where he has a good record having landed the 2019 Long Distance Hurdle and finished runner-up last year.

In addition to having the Horses For Courses Flag, Paisley Park was made a Horse In Focus based on his performance at Wetherby. He may have been unsuited by the test of speed at Wetherby but he stayed on strongly in encouraging fashion up the straight. He should be sharper for that outing, while the application of cheekpieces might also be a good move.

Paisley Park, the 2019 Stayers' Hurdle hero, is one of four Cheltenham Festival winners in the line-up. Lisnagar Oscar (174) and Indefatigable (169) both won at the 2020 Festival, landing the Stayers' Hurdle and Martin Pipe respectively, while Mrs Milner (165+) took the latest edition of the Pertemps Final.

Indefatigable was suited by the emphasis on speed when beating Paisley Park at Wetherby and she has a tougher task on these terms, but she still appeals as the biggest danger. She had won on the Flat at Pontefract four weeks before her Wetherby success and has clearly returned from a summer break in excellent heart.

Lisnagar Oscar endured a disappointing campaign last season, failing to score and only running up to his Stayers' Hurdle form once, when a close-up second in the Rendlesham Hurdle. He showed some spark remains, though, when an encouraging third over an inadequate distance on his return at Aintree three weeks ago, and he has solid claims on these terms.

Mrs Milner has it to do on the figures but she ended last season on a high, running out an emphatic winner of the Pertemps Final, and she made the most of a good opportunity on her return at Limerick last month. That should have left her spot on and she can't be dismissed.

The six-runner field is completed by On The Blind Side (168), who beat Mrs Milner in a handicap hurdle at Cheltenham early last season, and Thomas Darby (173§), who has the talent to feature but seemingly lacks the application to match his ability.

Paisley Park should be fully tuned up after a sighter at Wetherby, so everything is in place for him to land this race for the second time (also runner-up last year). Indefatigable beat the selection last time and, while on worse terms, a bold showing is still expected from her, while Lisnagar Oscar can play a part if he brings his very best form.

Just click here to view the full card and Timeform analysis for the 15:00 at Newbury on Friday. You can subscribe to Race Passes to access every race here.