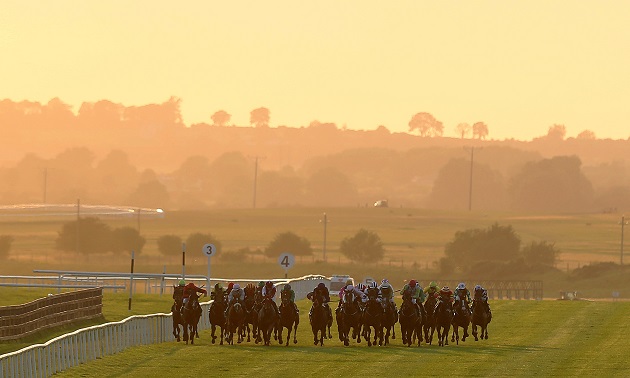 The Irish St Leger (16:40) at the Curragh on Sunday is available as a free Race Pass, which means you can view all our premium comments and ratings.

Just 24 hours after Doncaster stages the final classic in Britain, it’s the all-aged Irish St Leger at the Curragh (16:40). While there are three members of the classic generation in the field, including two from a four-strong Ballydoyle team, the three-year-olds look out of their depth against some very smart performers among their older rivals in an all-Irish but very competitive renewal.

The Timeform weight-adjusted ratings are headed by the mare Search For A Song (125) who bids for a hat-trick of wins in this contest. If successful again, she would provide her trainer Dermot Weld with a tenth success in a race he won four years running with Vinnie Roe at the beginning of the century. Search For  A Song wasn’t at her best in either of her previous starts this season which came just nine days apart in May, but she was running over an inadequate trip last time and without her usual hood (back on here) in the Tattersalls Gold Cup, and it wouldn’t be a surprise to see her perform much better here.

There are a couple with stronger claims after recent good efforts, though, including last year’s Melbourne Cup winner Twilight Payment (123) for Joseph O’Brien. Aged eight, he’ll be contesting his fifth Irish St Leger (his first two were for Jim Bolger), with his best placing coming when just over two lengths third behind Search For A Song 12 months ago before his big win in Australia. He’s evidently as good as ever and warmed up for this by winning the Group 3 Irish St Leger Trial over course and distance last month from Gold Cup runner-up Princess Zoe.

Another last-time-out winner is Sonnyboyliston (123) who looks the one to beat for Johnny Murtagh after he put up a career-best effort to beat Quickthorn (a winner at Salisbury earlier in the week) by a head in the Ebor at York. Sonnyboyliston is unexposed as a stayer so could yet improve further.

Baron Samedi (124) is another leading contending on form for Joseph O’Brien. He completed a hat-trick in handicaps off a Turf Club mark of 79 at Navan this time last year but his progress didn’t end there and he went on to win seven races in a row, including the Vintage Crop Stakes at Navan in April when beating stable-companion Master of Reality (118) who also lines up here after a listed success at Down Royal last time. Baron Samedi’s winning streak was finally halted at Group 1 level in the Grand Prix de Saint-Cloud last time but there was no disgrace in that and the return to a longer trip will suit.

Brother Donnacha runs Emperor of The Son (120) who returned to form last time when third to Twilight Payment in the Irish St Leger Trial. He won a well-contested listed race at Leopardstown in May, the Saval Beg Levmoss Stakes, when beating Search For A Song, Twilight Payment, Amhran Na Bhfiann (116) and Master of Reality, though that flatters him a bit as none of those rivals was at their best on the day. Last year’s Derby third Amhran Na Bhfiann put his best foot forward when making all to win the Curragh Cup over course and distance in June but he’s an unpredictable type. Aidan O’Brien’s other older contender Passion (118) was a below-form third in the Curragh Cup on her only start this season but she was a smart three-year-old last year when backed at long odds for this race, finishing fifth.

The other runner to mention is JP McManus’s mare Barrington Court (116). Also successful over hurdles for Jessica Harrington, she won a couple of listed races on heavy ground at Naas last autumn and shaped well when fourth in the Irish St Leger Trial last time, not knocked about and earning the ‘Horse in Focus’ flag. Along with stable-companion Barbados (110+) who was fourth in last year’s race, Emperor of The Sun and Search For A Song, Barrington Court also has the ‘Horses For Courses’ flag.

A fiercely competitive Irish St Leger in which the narrow vote goes to Sonnyboyliston, who is less exposed than most and arrives on the back of an improved showing to land the Ebor. Twilight Payment is expected to go well having landed the trial, while Search For A Song, successful in this for the last two years, is unlikely to be far away in her hat-trick bid.

Just click here to view the full card and Timeform analysis for the Irish St Leger (16:40) at the Curragh on Sunday. You can subscribe to Race Passes to access every race here.