Hot To Trot: Lavelle back at the top 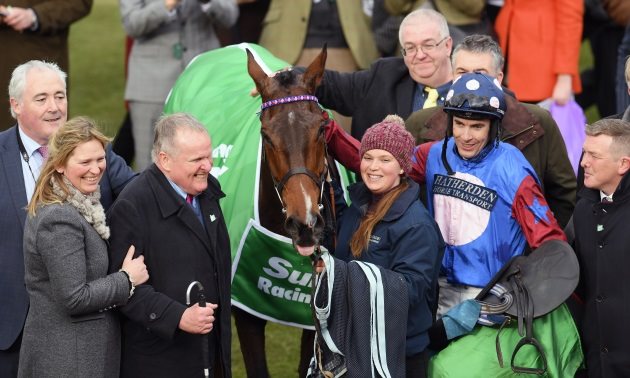 We highlight three in-form trainers whose runners should be followed in the coming weeks.

Emma Lavelle has already amassed 27 winners this season - her best tally over the last five campaigns is 35 - and her yard's flagbearer is Paisley Park, who is favourite to record back-to-back wins in the Stayers’ Hurdle at the Cheltenham Festival next month.

Paisley Park stormed home to record a fairytale success in the Sun Racing Stayers' Hurdle at Cheltenham. Read our report on https://t.co/A8az1MHRCF which includes a full replay plus interviews with winning connections. ⬇️https://t.co/AeulhhWv3J pic.twitter.com/ehJRIhIHtw

In the more immediate future, though, Lavelle has some interesting debutants to look out for this week. Lavelle does well in bumpers and Sam Barton is a likely type on paper at Doncaster on Wednesday. Out of a point winner and owned by Trevor Hemmings, he will likely develop into a staying chaser in time, but could be up to making a mark on debut.

Fedelta – another Hemmings-owned horse – could make his Rules debut at Ludlow the same day. He cost €115,000 as a three-year-old, so clearly has plenty about him physically, and made a winning start in points. Starting off at three miles looks a good move given the stamina in his pedigree and his pointing background and it will be interesting to see how he fares if taking his chance.

As the graph below shows, Ed Dunlop is in much better form than is usually the case at this time of year, and his runners in the coming weeks need keeping an eye on. 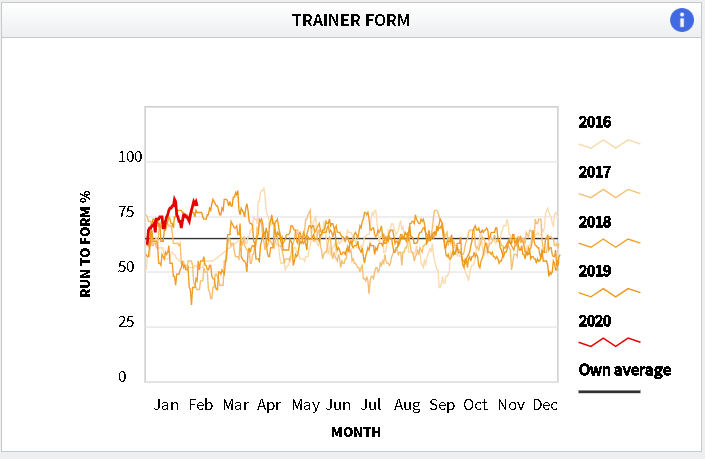 It is relatively quiet next week for the yard, with just three possible runners, and the first one could come in the shape of Ten Chants at Southwell on Tuesday. He shaped as though he would come on for his first run for five months (had been gelded) when beaten under five lengths at Wolverhampton three weeks ago and should strip fitter now. He also holds an entry at Chelmsford on Thursday.

Say Nothing also holds an entry at Southwell on Tuesday and has run well at the track before. She shaped well when runner-up to a subsequent winner over a mile and a half here in October, and proved her well-being when finishing third over two miles at Chelmsford on her first run for 81 days last month. That was her first start for Dunlop and she could have more to offer. The mile-and-three-quarter trip on Tuesday should be right up her street, too.

Recent winner Roca Magica is building a good record at Chelmsford and could return there on Thursday evening. She has won a couple of minor events over a mile at the course in recent weeks and will remain of interest back in a handicap. She travelled strongly last time, had a bit to spare at the line and is the type that will continue to give a good account.

Under the radar: Kerry Lee

It has been good to see Kerry Lee come out of the doldrums this term after a torrid season in 2018/19 when she recorded only seven winners. The yard has already passed that total this season, recording 11 winners, and she has recorded two wins from just five runners already this month.

Lee is very capable with the right tools, as she has shown recently, and it is worth following the horses she sends out in the next few weeks. Top Gamble, who has been a flagbearer for the yard in recent years, is now owned by Lee, and is her sole entry next week. He is a 12-year-old and isn’t the force of old, but he has been running creditably over hurdles of late, and is well handicapped on the pick of his form. Top Gamble has been dropped 2 lb since his latest run and could surprise a few with the yard clearly going well at present.