Discover 53 individual profiles covering the stories and stats behind the highest-rated Flat horses, chasers and hurdlers of the Timeform era, from Dancing Brave to Desert Orchid. 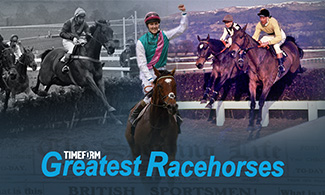 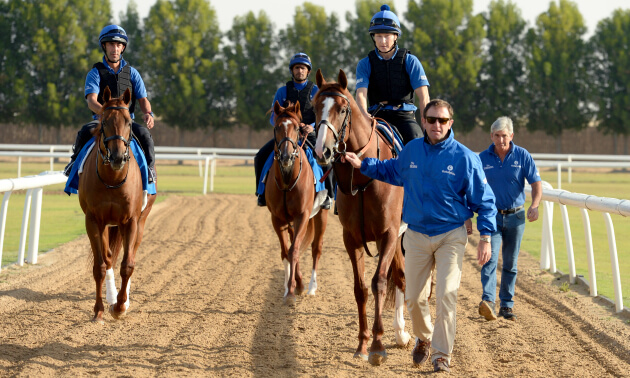 We highlight three trainers who are in good form and are worth following in the coming weeks.

Charlie Appleby enjoyed a brilliant July and his team are showing no signs of slowing down. As you would expect for a yard of his size, Appleby has plenty of entries in the coming week.

At Windsor on Monday, Eternal Prince is an interesting runner making his handicap debut. He shaped well amidst greenness on debut at Chelmsford last month, and built on that when finishing third at Newmarket last time. Eternal Prince left the impression the return to this shorter trip would be in his favour and an opening BHA mark of 68 looks very workable with the cheekpieces going on.

Moving on to Wednesday, and Nash Nasha should have strong claims of opening her account. A €1,000,000 purchase as a foal, this well-bred filly shaped with plenty of promise when third on debut at Newmarket last month, strong in the market and just about the pick of the quintet on looks. That race is working out well, the step up to a mile will suit, and she is clearly well thought of.

Appleby has several entries at Sandown on Friday, and Symbolic Power jumps off the page. He cost 2,300,000 guineas as a yearling, out of a useful mare who won over a mile and a quarter, and is a sister to the top-class stayer Fame And Glory. Symbolic Power is bred to need time and distance, but his sire Kingman will likely inject some speed, and it will be very interesting to see how he fares in the market if taking his chance.

Marcus Tregoning enjoyed a great week at Glorious Goodwood, saddling two winners, notably the Sussex Stakes victor Mohaather, who showed pure class to overcome a less than ideal passage to come home in front, again showcasing his lethal turn of foot. He provided Tregoning with a first Group 1 winner since Sir Percy in the 2006 Derby.

Tregoning only has two entries this week, but given the form of the stable, both are worth a second look. Both are entered at Sandown on Friday, firstly Perotto in the five-furlong nursery. He shaped well on debut in a minor event at Newbury, and built on that to open his account in a similar event at Goodwood three days later, beating a subsequent winner in good style. Perotto progressed again when runner-up to a potentially smart sort at Goodwood on Friday, and will be of interest if turned out quickly.

Later on the card Asiaaf, who also ran at Goodwood, is entered in the mile and a quarter handicap. She also produced a career-best effort when finishing runner-up to an unexposed sort last time, travelling smoothly throughout and hitting the front over a furlong out. With that in mind, the return to this shorter trip will suit, and she will also be of interest if taking her chance.

Roger Charlton has turned a corner in recent weeks, his runners giving a much better account of themselves, and with that in mind he is a trainer to keep on the right side at present.

At Yarmouth on Monday Tamaris must have a good chance in the card’ opening race. He showed much improved form, making a mockery of his opening mark when winning a handicap at Wolverhampton last time, scoring by six and a half lengths upped to this trip. He is bred to be better still, and he makes plenty of appeal turned out under a 6 lb penalty.

Scarlet Ruby looks the standout horse for Charlton at Bath on Thursday, another who showed improved form to open her account at Chepstow last time. She is worth marking up for that effort, too, up with the pace throughout and showing a good attitude to fight off all rivals when tackled in the final furlong. That form looks solid for the grade, and Scarlet Ruby ought to be able to handle a 5 lb rise in the weights.