2021 Grand National: Anibale Fly is the pick of the weights 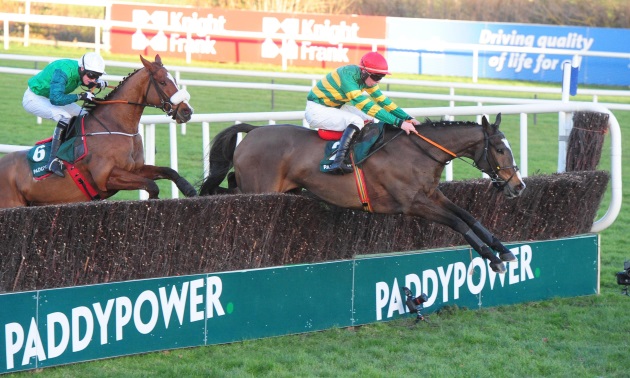 Following the release of the weights for the 2021 Randox Health Grand National on Tuesday afternoon, Timeform identify four well-treated horses in the Aintree showpiece.

Anibale Fly is potentially the best-handicapped horse amongst the 105 entries judged on his successive placed efforts in the Cheltenham Gold Cup, when third behind Native River in 2018 and second behind Al Boum Photo in 2019. In addition, he’s also coped pretty well on both tries over the Aintree fences, finishing fourth in 2018 and fifth in 2019. His 2019/20 campaign was being geared solely around Aintree rather than Cheltenham, and he very much caught the eye on his final prep run over hurdles before Covid-19 intervened. That run suggests Anibale Fly retains plenty of his ability, so he remains an interesting contender for all that a lengthy absence since then renders him a bit of an unknown quantity at present. He holds an entry in the Red Mills Chase at Gowran Park on Saturday, which would ensure his qualification under the rule that all runners must have contested a race over fences during the current season.

After SIX seconds in the race, the moment @WillieMullinsNH won the 2019 @MagnersUK Cheltenham Gold Cup with Al Boum Photo…#CheltenhamFestival pic.twitter.com/M6ak4xNSCx

Potters Corner already has a unique treble of Grand National wins on his CV, namely the Midlands National at Uttoxeter and Welsh National at Chepstow, both in 2019, and the 2020 Virtual Grand National! That novelty event raised £2.6 million for NHS charities in the absence of the real thing at Aintree. A terrific servant to the Christian Williams yard, Potters Corner has seen the form of his Chepstow victory well-advertised subsequently, while his reappearance third in a cross-country event at Cheltenham's November Meeting was a very satisfactory display. He still has relatively few miles on the clock for an 11-year-old, too, and is potentially very well treated if putting a couple of poor runs over hurdles behind him when he lines up in the Cross Country Chase at the Cheltenham Festival.

The Storyteller is a remarkably versatile performer who has mixed hurdling and chasing with plenty of success over the last couple of seasons. His recent second to Kemboy in the Irish Gold Cup at Leopardstown showed him to be better than ever, whilst his past exploits in Cheltenham Festival handicaps – he won the Festival Plate in 2018 and filled the runner-up spot behind Sire du Berlais in last season’s Pertemps Final – also suggest he’ll relish the demands of a hurly-burly, big-field Grand National. The Stayers’ Hurdle at the Cheltenham Festival is reportedly next on his agenda, but he’d be a must for any shortlist if going on to Aintree on April 10, representing the Gordon Elliott yard that has won this race three times with Silver Birch (2007) and dual winner Tiger Roll (2018 and 2019).

👏 An eighth winner at the #DublinRacingFestival for the Closutton maestro as Kemboy makes all to win the €200,000 @paddypower Irish Gold Cup under @dan2231 at @LeopardstownRC pic.twitter.com/YfMmT6NpQK

Burrows Saint has been well-beaten in two starts over hurdles this season, but it’s too soon to be writing him off given that he had been a leading contender for the 2020 Grand National prior to its abandonment. He first showed that he might have the attributes required at Aintree when winning the 2019 Irish Grand National at Fairyhouse, jumping soundly and keeping going well to land the spoils by a length and three quarters. A thorough stayer, the delay before Burrows Saint’s first appearance in the Grand National could actually work in his favour. Indeed, he will be an eight-year-old by the time the 2021 renewal comes around, the age group that has won three of the last five runnings. By contrast, no seven-year-old has won the race since Bogskar back in 1940. Burrows Saint, who isn't currently qualified to run at Aintree (not yet run in a chase this season), has been earmarked for the Bobbyjo Chase at Fairyhouse later this month, a race trainer Willie Mullins won with subsequent Grand National winner Hedgehunter in 2005.

Burrows Saint is all class under Ruby Walsh in the @BoyleSports Irish Grand National in a 1-2-3 for Willie Mullins! @Fairyhouse