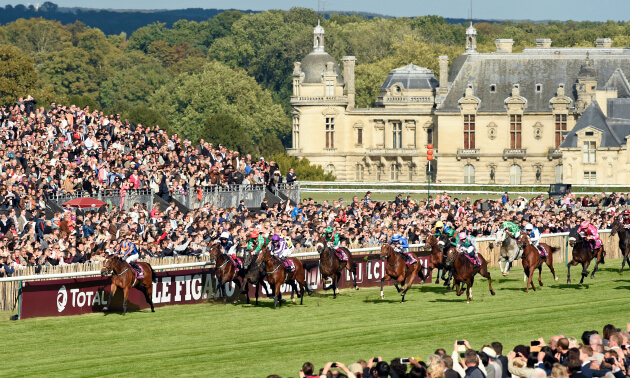 Andrew Asquith previews the action on a star-studded card at Longchamp on Sunday.

The Grand Prix de Paris and the Prix Vermeille – both Group 1 races – are the headline contests on a star-studded card at Longchamp on Sunday.

Aidan O’Brien has won the last two renewals of the Grand Prix de Paris (14:50) with Kew Gardens and Japan, and he again holds a strong hand with Mogul and Derby winner Serpentine. The latter produced a remarkable performance when winning at Epsom, leaving his reopposing stablemate Mogul and English King in his wake as he stretched clear in the straight. His pedigree strongly suggested that he would improve for the step up to a mile and a half – by a Derby winner out of an Oaks second, and closely related to a Derby runner-up – and he duly put up a very smart performance, leading from the get go and drawing clear of his rivals four furlongs from home. Admittedly, he received a cracking ride, so he has to prove he wasn’t flattered, but for now, at least, he is worth treating like a good Derby winner.

Mogul finished around seven lengths behind Serpentine, and three quarters of a length behind English King, but he shaped better than bare result at Epsom and proved himself a smart colt when winning the Gordon Stakes at Goodwood in July. He was unable to build on that when only third to Pyledriver in the Great Voltigeur at York since, seemingly holding no excuses on the day, but it would be folly to rule out this full brother to last year’s winner.

The leading challenger from the home team appears to be the Jean-Claude Rouget-trained Port Guillaume, who has won four of his five starts, notably the Prix Hocquart at Deauville last time. That was his first start at a mile and a half, and he seemed to relish it – he even left the impression he’d stay a mile and three quarters – and that form looks solid enough for all that the runner-up was disappointing last time.

English King looked a potential top-notcher when winning the Derby Trial at Lingfield on his reappearance this year, and he didn’t have much go his way at Epsom on his next start. English King shaped second best at Epsom and, as a result, he was sent off a short-priced favourite for the Gordon Stakes won by Mogul, but he disappointed, never travelling with his usual verve and looking a spent force in the straight. That can’t have been his true running, and it is interesting connections have chosen this option (was also declared for the St Leger).

Raabihah will be a warm order to come out on top in the Prix Vermeille (15:35).  She suffered her only defeat in the Prix de Diane, but that form is working out incredibly well and she then landed the odds in good style in a Group 3 at Deauville, showing a good turn of foot to prevail comfortably by three and a half lengths. There should be more to come from her and she looks the one they all have to beat.

Dame Malliot, who represents last year’s winning owner, Anthony Oppenheimer, is an interesting challenger, though. She proved better than ever when winning the Princess of Wales's Stakes at Newmarket on her return in July, which is a strong form line, and she is best not judged too harshly on her latest run in the Preis von Europa at Cologne, having to make her own running in a race where there was no pace. Conceding weight to the year-younger Raabihah will not be an easy task, however.

Irish Oaks winner Even So has to be respected as well. She was turned over at odds-on in a Group 3 on her reappearance, but she has done nothing but progress since, and she put up a decidedly smart performance on her first try at a mile and a half in the Irish Oaks. She is still unexposed at this trip and ought to prove the main threat to Raabihah.

Later on the card star stayer Stradivarius will put his Prix de l’Arc de Triomphe claims on the line over a mile and a half in the Prix Foy (16:10). He was beaten by Ghaiyyath in the Coronation Cup over this trip at Newmarket on his return, but that form has been well advertised since, and Stradivarius himself has carried all before him in staying races. Stradivarius does possess a good turn of foot, so the drop back in distance isn’t a concern, and he does have plenty in hand on his nearest rival Anthony Van Dyk on Timeform weight-adjusted ratings.  It will be disappointing if he doesn’t come home in front.

The Prix du Pin (16:45) looks an open renewal, but the one that makes the most appeal is Earthlight. He lost his unbeaten record in the Prix Maurice de Gheest last time, but he still posted a career-best effort on the figures and shouldn’t be judged too harshly on that effort. He made a delayed reappearance after spraining a fetlock in early May, but still looked like the force of old when winning a listed event at Deauville in July, and there could be more to come from him. He looks the class act down in grade.

Back Raabihah in the Prix Vermeille

Back Stradivarius in the Prix Foy

Back Earthlight in the Prix du Pin