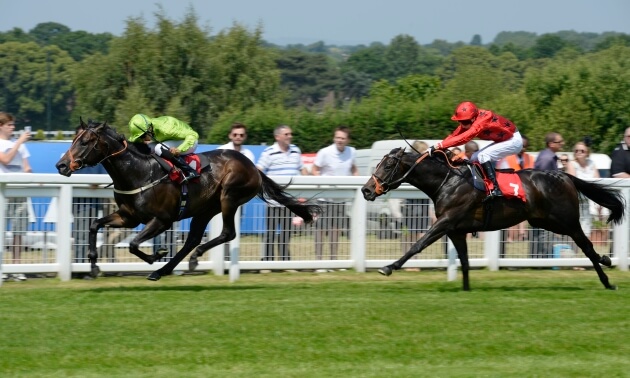 The Fortune Stakes (15:30) at Sandown on Wednesday is available as a free Race Pass, which means you can view all our premium comments and ratings.

Sandown’s Fortune Stakes (15:30) looks a highly competitive listed contest over a mile featuring plenty of horses who have been performing at a much higher level this season.

They include William Knight’s runner Sir Busker (128) who heads the Timeform weight-adjusted ratings. He goes particularly well over Ascot’s straight mile and ran right up to his best when two and a half lengths third to top miler Palace Pier in the Queen Anne Stakes at the Royal meeting. He put up another good effort, although outbattled by winner Megallan, when beaten a length in the Sovereign Stakes at Salisbury last month and can probably be forgiven his latest start when unable to get into contention over seven furlongs in the City of York Stakes, finishing fourth behind Space Blues.

Perotto (125) is another with leading claims on form for ‘Hot trainer’ Marcus Tregoning after finishing just a nose behind Sir Busker at Salisbury when rallying after getting outpaced when the tempo increased. He too did well at Royal Ascot, winning the Britannia Handicap, and he ran respectably last time when fifth to Lavender’s Blue in the Celebration Mile at Goodwood when racing freely from a wide draw.

Both Sir Busker and Perotto could be vulnerable to a less exposed rival, however, and the lightly-raced Mostahdaf (120+) looks interesting on his return from a break for the in-form team of John & Thady Gosden. He’s another who ran at Royal Ascot where he took an unbeaten record into the St James’s Palace Stakes but faded to beat only one home after meeting trouble in the straight. He’d looked a high-class colt in the making in the spring when completing a hat-trick in the listed Heron Stakes over this course and distance. A Champion Stakes entry suggests connections retain high hopes for him, and he can resume his progress back in listed company.

Others whose stables have the ‘Hot trainer’ flag are Bell Rock (124) for Andrew Balding and Bullace (121) for Ralph Beckett. Bell Rock began the season by winning a handicap over nine furlongs at Newmarket and he ran well last time when a length and a quarter second to Artistic Rifles in the Superior Mile at Haydock last time, though that wasn’t a competitive Group 3 by any means. Three-year-old Bullace is another who won a handicap at Newmarket on his reappearance before finishing third to Mostahdaf in the Heron Stakes, but like that rival he hasn’t been seen since finishing down the field in the St James’s Palace Stakes.

David O’Meara is double handed with one of the senior runners Escobar (125) and the other three-year-old in the line-up Rhoscolyn (124). The latter fared the better of the pair when they were both placed behind Maydanny in the Golden Mile Handicap at Goodwood, though neither of them enjoyed the best of runs. Escobar went close in a less competitive handicap at Goodwood last time while Rhoscolyn wasn’t at his best even though third in the Supreme Stakes at the same track, firmer ground over seven furlongs perhaps not ideal for him. Rhoscolyn had earlier gone down to the other Northern raider in the line-up, Brunch (121), in a listed race at Pontefract, though Michael Dods’ normally consistent gelding needs to bounce back from shaping as if amiss at York last time.

Completing the line-up are former Queen Anne winner Accidental Agent (123$), who is none too reliable these days, and Qaysar (120+), a listed winner on heavy ground at Haydock earlier in the season whose recent form leaves him with something to find in a race this competitive.

A highly competitive listed event in which a chance is taken on Mostahdaf, who was highly progressive prior to a tame effort in the St James's Palace at Royal Ascot. Back from a break, he's fancied to resume his progress to get the better of the likes of Sir Busker and Perotto, who have achieved a little bit more in form terms but are a good deal more exposed.

Just click here to view the full card and Timeform analysis for the Fortune Stakes at Sandown on Wednesday. You can subscribe to Race Passes to access every race here.