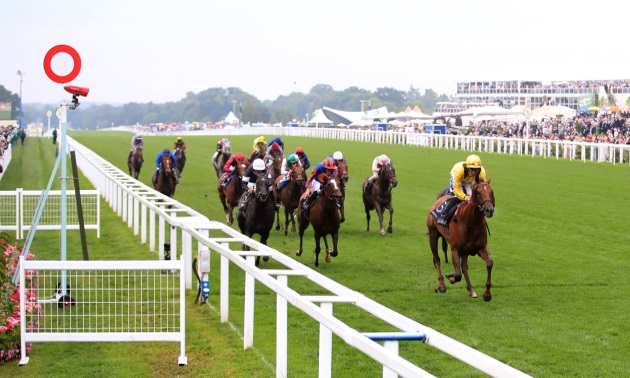 On what should have been the opening day of the Flat season in Britain, Timeform look back on five horses who contested the Lincoln but ended up as much better than handicappers.

With four wins in the race, William Haggas is the joint-most successful trainer in the long history of the Lincoln (Jack Robinson saddled the same number around the turn of the twentieth century), so it’s fitting that he’s also responsible for, on Timeform ratings at least, the best winner of the modern era in the shape of Addeybb. He was imperious when defying a mark of 99 for his Lincoln win in 2018, and quickly made a successful transition to pattern company in the bet365 Mile at Sandown. Things didn’t go so smoothly for the rest of that season, but he was right back on track in 2019, winning the Wolferton at Royal Ascot (nominally a listed race but stronger than many Group 2s) and the Rose of Lancaster at Haydock before signing off with an excellent second to Magical in the Champion Stakes.  In his first three seasons, Addeybb never ran outside England, but he’s already been on his travels in 2020 and an enterprising trip to Australia bore fruit recently with a Group 1 breakthrough in the Ranvet Stakes at Rosehill.

Lord Glitters quickly thrived upon joining David O’Meara in 2017, winning the Balmoral on Champions Day on just his second outing for the stable, and a 5 lb rise for that win meant he had top-weight for his reappearance in the following season’s Lincoln. Of course, it turned out he had an impossible task trying to concede 8 lb to Addeybb in what was probably the best-ever Lincoln, but the rating he ran to in finishing best of the rest under top weight left little doubt he was a pattern-class performer. He didn’t take long in proving that point, finishing an excellent second in the Group 1 Queen Anne at Royal Ascot on his next outing, and he subsequently held his own in good company that summer, winning the Strensall Stakes at York in August. He was every bit as good again in 2019 and grabbed a deserved Group 1 win when going once place better in the Queen Anne, and while his form tailed off a little after, he’ll surely be around for at least a couple more seasons.

David O’Meara won the Lincoln with Bravery in 2017, but he can count himself pretty unlucky not to have landed at least one more given the quality of horses he’s run in it in recent seasons. Lord Glitters is the obvious one, but Mondialiste – in the same ownership and also a recruit from France – is another good example of how the Group horse in a handicap doesn’t always win. He was having his first outing for the stable when going down by a head to Gabrial in the 2015 renewal and that was just the start of a very fruitful period. He won three times later that year, including the Strensall Stakes and the Grade 1 Woodbine Mile in Canada, and also finished an excellent second to Tepin in the Breeders’ Cup Mile. North America would prove a fruitful hunting ground for Mondialiste, and he enjoyed his finest hour the following year when landing the Arlington Million. The was the final win of his career, but his record and pedigree (he’s by Galileo from an excellent Wertheimer family) justified a place at stud, and his first crop will be two-year-olds in 2021.

The theme of this list so far has been horses trained by William Haggas and David O’Meara, and Penitent combines the two. He was still in the care of the former when a heavily backed winner of the 2010 Lincoln, and while he did score at listed level later that season, he enjoyed his best days in the Middleham Park colours for O’Meara. His six wins for the stable included the bet365 Mile at Sandown and the Joel Stakes at Newmarket – both Group 2s - while he also bagged a top-level placing when second to Gordon Lord Byron in the 2012 Prix de La Foret at Longchamp.

John Quinn is one of six trainers to have won more than one Lincoln since 2000, and both times it was with a horse having their first start for the yard. Blythe Knight – successful at Redcar in 2006 in the first of two years when Doncaster was closed for development – was the better of them, and he proved a versatile money-spinner for the stable. His best other days on the Flat came when winning the Group 3 Diomed Stakes on Derby Day in 2007 and 2008, but he proved most unusual among smart milers in that he was nearly as good over hurdles, further demonstrating his taste for a big day when landing the 2007 Top Novices’ Hurdle at Aintree just over a year on from his Lincoln win.