Coral-Eclipse Preview: Will the stablemates collide? 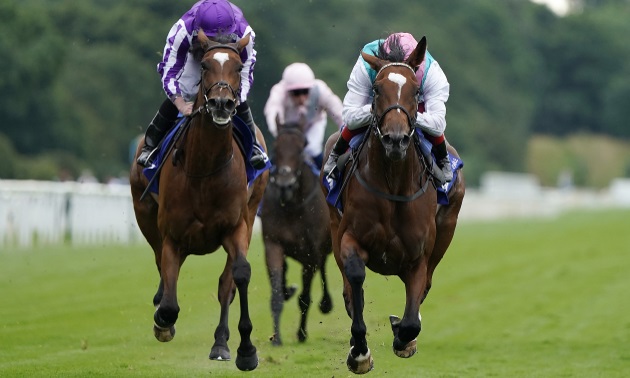 Timeform's Andrew Asquith assesses the contenders for the Coral-Eclipse at Sandown on Sunday.

The Coral-Eclipse has a different complexion this season, open only to horses aged four or older due to the Derby and Oaks being staged on the same weekend as part of the revised schedule. Despite the lack of any progressive types from the classic generation, it still looks an up-to-scratch renewal, and last year’s winner Enable is set to make her seasonal reappearance.

John Gosden has won the Coral-Eclipse four times since 2012, and he once again holds a strong hand in this year’s renewal with Enable and Lord North. The former is one of the most popular horses in training, successful in 13 of her 15 starts. Enable made a winning return in this race last season, beating Magical by three quarters of a length, before also adding the King George VI and Queen Elizabeth Stakes at Ascot and the Yorkshire Oaks at York to her tally. Softer ground than previously scuppered her chances of recording an historic third straight win in the Prix de l'Arc de Triomphe at Longchamp on her final start, collared only in the final 50 yards by Waldgeist, who saw the race out better after Enable had quickened to the front two furlongs out. Her season will be geared around the Arc once again, but this has been her reported starting point all along and she looks the one to beat on the pick of her form.

She's done it again! Enable wins the @Coral Eclipse under @FrankieDettori with Magical unable to reel in the dual Arc heroine pic.twitter.com/QHD9pAVfyZ

Lord North was most progressive in 2019, winning three times, notably when landing a gamble in the Cambridgeshire Handicap at Newmarket. He signed off last season with a two and a quarter length defeat of Pablo Escobarr in a listed event at Newmarket, but has taken his form to a new level this year, making a successful return in the Brigadier Gerard Stakes at Haydock in June, bridging the gap to pattern level at the first time of asking. Lord North produced a clear career-best performance when notching a first win in Group 1 company in the Prince of Wales's Stakes at Royal Ascot last time, confidently ridden in the rear and showing a potent turn of foot, quickly putting the race to bed. Lord North has made tremendous strides over the last year or so, and he will put it up to stablemate Enable provided he is allowed to take his chance.

The Charlie Appleby-trained Ghaiyyath is a most interesting contender. He seemingly hasn’t been the easiest to train—still relatively lightly-raced for a five-year-old—but proved himself a top-class performer when winning the Group 1 Grosser Preis von Baden (by 14 lengths from Donjah) in 2019 on his first attempt at a mile and a half. He may have found the race coming too soon when below form in the Prix de l'Arc de Triomphe at Longchamp after, but he set some stern mid-race fractions which ensured he was a spent force some way from home. Ghaiyyath has since proved himself one of the best middle-distance performers around, however, winning the Dubai Millennium Stakes at Meydan in February and following up in the Coronation Cup at Newmarket last time by two and a half lengths from Anthony Van Dyck, forcing the pace and only closed down late on after drawing clear over four furlongs out. That form has taken some knocks since, only Stradivarius franking it over a much longer trip, but Ghaiyyath had plenty in hand on that occasion and shouldn’t be bothered by the drop back in trip. He could have competition for the lead, as Magic Wand can race prominently, as well as Enable, but he arrives at the top of his game and a bold bid is expected.

All roads lead to the @Coral-Eclipse for Ghaiyyath, says Charlie Appleby!

Japan showed marked improvement stepped up to middle distances in 2019, shaping well on his return in the Dante Stakes at York (very weak in the betting) before improving a chunk to be beaten half a length in third by stablemate Anthony Van Dyck in the Derby at Epsom on his next start. He confirmed that promise when a good winner of the King Edward VII Stakes at Royal Ascot (by four and a half lengths from Bangkok), having a strong pace to aim at but still deserving extra credit given the wide path he had to chart. Japan wasn’t fazed by the drop back to a mile and a quarter when narrowly beating Crystal Ocean in the Juddmonte International later that season, and he ran to a similar level when shaping better than the bare result in the Arc. Japan was again easy to back on his seasonal return when only fourth to Lord North in the Prince of Wales's Stakes last time, but given how much he came on for his seasonal reappearance last year, expect him to get much closer to that rival now.

Stablemate Magic Wand is a consistent mare, who doesn’t win very often, but got her breakthrough win at Group 1 level in the Mackinnon Stakes at Flemington in 2019, matching her best form and showing no ill effects from her run in the Melbourne Cup just four days earlier. She hit the frame another eight times that year, including when second in the Arlington Million, the Irish Champion Stakes at Leopardstown and the Hong Kong Cup at Sha Tin. Magic Wand stood out on form and duly resumed winning ways in the four-runner Lanwades Stud Stakes at the Curragh last time, always travelling with zest before drawing clear over a furlong out. Admittedly, more is needed in this field, but she at least confirmed her well-being, and is entitled to have come on for that run.

Bangkok, Deirdre and Regal Reality will all have to take a step forward on the form they have shown so far to be competitive, but Deirdre will be suited by the likely strong pace, and expect to see her arriving late on the scene on her return to Britain. Regal Reality often comes up short at the highest level, but he made a pleasing enough return in the Wolferton Stakes at Royal Ascot recently, and it is interesting that leading connections have gelded him and are persevering. It wouldn’t be a surprise were he to run into a place.

In summary, this is perhaps more open than the betting suggests. Enable is the clear form pick, but goes up against some race-fit types on her return to action. It would be folly to ignore her stablemate Lord North given how impressive he was at Royal Ascot last time, and, though his participation isn’t guaranteed, he would be the pick if taking his chance, for all that John Gosden has a history of keeping his top horses apart.