Cheltenham Festival: In which race should they run? 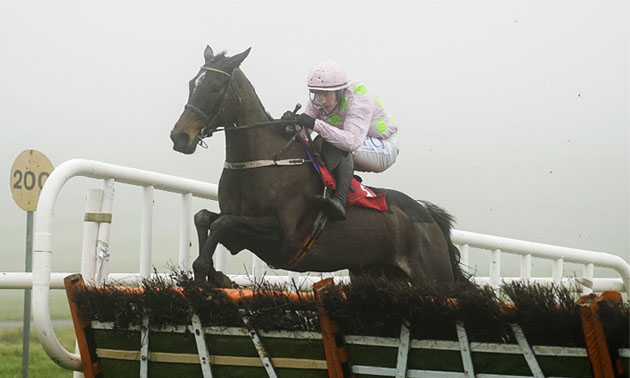 Timeform’s Phil Thompson gives his verdict on where a selection of leading Cheltenham Festival fancies with multiple options should run.

The case for the Supreme Novices’ Hurdle:

Chantry House very much falls under the description of ‘dark horse’. His level of form is not in the same ballpark as some of the market principals, but there has still been a lot to like about his development. Unbeaten in two starts over hurdles, the form of his win at Cheltenham in December has worked out well, though it was the way he quickened away from the chasing pack at Newbury last time that really marked him down as one capable of holding his own at a higher level over two miles.

The case for the Ballymore Novices’ Hurdle:

Chantry House’s two victories have very much emphasised his speed, but there’s plenty of stamina in his pedigree and the fact he won an Irish point suggests the Ballymore trip should be well within his wheelhouse. He’ll have to improve significantly on what he’s achieved to trouble the likes of Envoi Allen, but he’s unexposed and has more to offer.

A smooth and stylish performance from CHANTRY HOUSE, who maintains his unbeaten record under rules, taking the opener on @Betfair Super Saturday at @NewburyRacing! 🏇💚💛

His target could depend on what owner J.P. McManus has planned for Sporting John, but he’s shorter in the betting in the Supreme and, given what we have seen from him so far, the Festival opener looks to be the right call.

The case for the Mares Hurdle:

Benie des Dieux – the top-rated mare in training – should be going for a hat-trick in this race, a final-flight fall that brought back painful memories for Annie Power supporters the only thing that stopped her winning easily last season. That unfortunate incident has been her only defeat since joining the Willie Mullins yard and she is a worthy favourite for a race her yard has largely dominated since its inception in 2008.

The case for the Stayers’ Hurdle:

The market for the Stayers’ Hurdle is dominated by reigning champion Paisley Park, who is the dominant figure on the scene, though there’s a growing feeling that Benie des Dieux, in receipt of a 7 lb sex allowance, may just prove to be his kryptonite. A four-time Grade 1 winner, Benie des Dieux has been a revelation since being stepped up to staying distances, with her defeat of the prolific De Bon Coeur on that rival’s home turf at Auteuil in May, and her demolition of the Galmoy Hurdle field at Gowran in February, highlighting not only her stamina but a turn of foot that most stayers lack.

Verdict:
She will take an awful lot of beating wherever she runs, but, given the impression she has made since being stepped up in trip, and the element of untapped potential about her, it would be incredibly anti-climactic should connections avoid a clash with Paisley Park in the Stayers’ Hurdle.

The case for the RSA Chase:

Faugheen has always been something of an anomaly, but few would have predicted that the 12-year-old would be unbeaten in three starts over fences, including two wins at Grade 1 level. His comfortable defeat of Samcro on heavy ground over two and a half miles at Limerick represents the best performance from a novice chaser so far this season, and his innate stamina played a decisive role in the success. Given his age, he doesn’t boast the same potential as rivals such as Allaho, Champ or Minella Indo, but, with a record of three wins from four completed starts at further than 2m5f, the step up in trip could be in his favour.

The case for the Marsh Novices’ Chase:

His record at longer trips has already been highlighted, but he is still effective over shorter distances, and his three chase victories have all come at around two and a half miles. His most recent defeat of Easy Game, who is likely to run here, showcased his ability to maintain a strong gallop at intermediate trips, despite his advancing years and a less-than-fluent round of jumping. Also, the Marsh looks like being a weaker race than the RSA this year.

What. A. Horse. Faugheen:

Faugheen is not certain to run at the Cheltenham Festival but should he take his chance the Marsh Novices’ Chase would clearly provide the best opportunity for a crowd-pleasing success. Faugheen is likely to be towards the head of the market if taking the Marsh route, even allowing for the valid concerns surrounding his jumping.