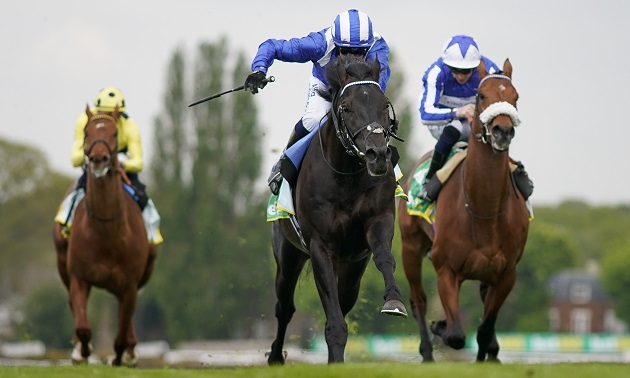 The Brigadier Gerard Stakes (19:25) at Sandown on Thursday is available as a free Race Pass, which means logged-in customers can view all our premium comments and ratings.

Sandown stages the best evening meeting of the year on Thursday, with the six-race card headlined by the Group 3 Brigadier Gerard Stakes (19:25).

It's a fascinating and high-quality edition of the Brigadier Gerard as Group 1 winners Addeybb and Lord Glitters meet a couple of progressive four-year-olds in Mostahdaf and Bay Bridge, a pair with the potential to make an impact at the highest level.

Timeform's weight-adjusted ratings are headed by Addeybb (137) who, due to the conditions of the race, escapes a penalty for his top-level exploits.

The four-time Group 1 winner's latest success came in Australia in April of last year, when he beat subsequent Melbourne Cup winner Verry Elleegant to land the Queen Elizabeth Stakes for a second time (he had also beaten Verry Elleegant the previous year).

Addeybb has only run twice since that victory in Australia, finishing a creditable second to St Mark's Basilica in the Eclipse over this course and distance before flopping when defending his Champion Stakes crown.

A life-threatening blood clot ruled Addeybb out of another trip to Australia and, following such a serious incident, he needs to prove that he remains as good as ever at the age of eight. In his favour, though, is the excellent form of the William Haggas yard (he has the Hot Trainer Flag) and his good record fresh.

In contrast, Mostahdaf (134) has a 3 lb penalty to defy, but a recent course-and-distance success in the Gordon Richards Stakes highlighted his wellbeing and further demonstrated his effectiveness around here.

That comfortable victory earned Mostahdaf a career-best Timeform rating and took his overall record to six wins from seven starts, while he is now unbeaten in three outings at Sandown - he has the Horses For Courses Flag.

Mostahdaf's one defeat came when raised in class in the St James's Palace Stakes, but he encountered fast ground for the first time there and his subsequent efforts, notably his performance in the Gordon Richards, suggest that he will eventually make his mark at the highest level.

Sir Michael Stoute has won the Brigadier Gerard Stakes ten times and he is represented by Bay Bridge (130p), a progressive type who won all four starts last season, including a Listed race at Newmarket on his final outing of the campaign.

Bay Bridge has shown smart form and, given the progress he has made and how Stoute's runners tend to carry on improving with age, there is every chance he will kick on again as a four-year-old this term. He still has the 'p' attached to his rating, which denotes he is likely to improve.

Lord Glitters (127), winner of the 2019 Queen Anne Stakes, has been a tremendous servant for connections, and he showed when winning the Bahrain Trophy in November that he remains a very smart performer. Lord Glitters has since landed a Group 2 in Dubai, but he was a beaten favourite in the Jebel Hatta (a race he won last year) when last seen in March and a 5 lb penalty leaves him vulnerable on his return in this high-quality contest.

The field is completed by Dubai Future (130) and Passion And Glory (126), a pair of six-year-olds trained by Saeed bin Suroor. They both look up against it in this company, for all they have shown smart form.

Mostahdaf is still improving and is unbeaten in three previous visits to this track, so he's a confident choice to prevail at the likely expense of Addeybb, who should return on his game despite signing off the last campaign with a poor showing. Further progress is expected from Bay Bridge on his four-year-old debut, so he's another one to consider.