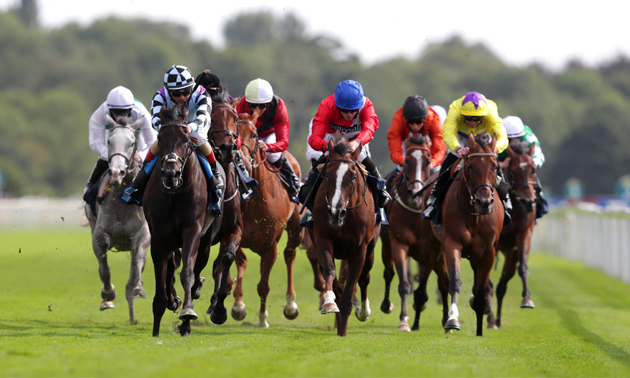 Timeform provide a tip for each of the seven meetings taking place in Britain and Ireland on Saturday.

Timeform's Analyst Verdict: Graystown went like the best horse at the weights after 7 months off when second here last week and can win this for the third successive year. Ardera is also lurking on a good mark so is feared most.

Timeform's Analyst Verdict: Pretty Rebel holds the clear edge on form so is taken to bag a third course win here at the chief expense of Emilie Gray who can bounce back to form with her yard going well. Pirate Jenny and 2020 winner Lustown Baba appeal as the pick of the remainder for minor honours.

Timeform's Analyst Verdict: Desert Order landed the Convivial maiden with a bit up his sleeve and looks destined for better things, so he's taken to prove his opening mark to be lenient. In These Shoes and Mystic Pearl head the opposition in a race that promises to be a strong piece of form.

Timeform's Analyst Verdict: Atacama Desert continued on his upward curve and relished the increase in trip when pulling clear of an in-form 3-y-o over C&D 5 weeks ago and he could well be up to defying this 8 lb higher mark and completing the hat-trick. Duke of Verona seemed stretched by 2¼m when fourth at Newmarket recently and he's a player back down in trip. It's Good To Laugh and Ghadbbaan complete the shortlist.

Timeform's Analyst Verdict: The vote goes to Saint Segal, who was too keen in the Fred Winter on his final start of what was otherwise a highly promising novice campaign last term. He has undergone a wind operation ahead of this assignment and appeal as the type to make his mark in high-grade handicaps during the months ahead. Mothill is also armed with potential and he is feared most ahead of Silver Shade and Too Friendly. A mention also needs to be made of Bagheera Ginge, who is clearly going the right way.

Timeform's Analyst Verdict: Berliet Express arrives on the back of a career-best win having beaten Unlaoised by 6 lengths at Gowran last week and is taken to follow up. Unlaoised may emerge as the biggest threat again ahead of Hard Target.

Timeform's Analyst Verdict: Ciotog landed some tidy bets when shedding his maiden tag at Wolverhampton 11 days ago and, with that performance worth marking up a touch, Mark Loughnane's charge is fancied to follow up with a talented 5-lb claimer wisely offsetting a rise in the weights. Luna Queen and Roundabout Silver both opened their accounts last time so they must be feared, although the main threat may emerge from Sicilian Veto with his mark in freefall.