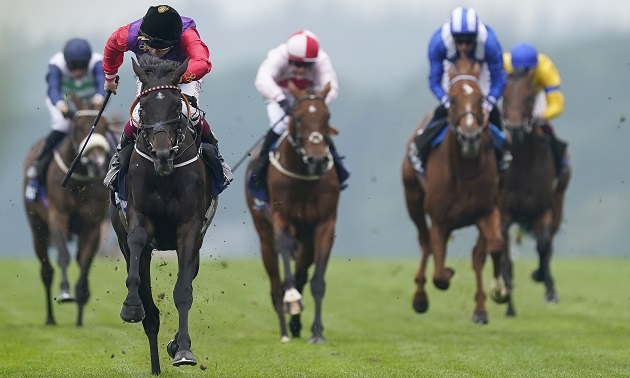 Timeform provide a tip for each of the seven meetings taking place in Britain and Ireland on Saturday.

Hamish's sporadic appearances in recent seasons prevented him from reaching the top, but he's still a very smart operator and is fancied to successfully concede weight all round at Group 3 level. High Definition is second choice on form, but he's been more than a little frustrating, so three-year-old Cresta is offered as the chief threat.

Natural Look bumped into one who was clearly well ahead of her mark at Tramore last time and a deserved first taste of success could be in the offing for Declan Queally's mare. Next on the list is Birdsandthebees, who failed to fire at Punchestown when last seen in May but is worth another chance given the promise of her handicap debut fourth at Naas. Wa Wa is also shortlisted back hurdling off a potentially favourable mark.

Romanor has been transformed by his recent wind op and can notch a quick hat-trick turned out under a 7 lb penalty for his most impressive victory at Newton Abbot. Shut The Box goes well fresh so is feared most ahead of chasing newcomers Zacony Rebel and Sainte Doctor.

Cold Case holds the clear edge on form and still looked to be a colt on the up when scoring at Doncaster last time so gets the nod in an ultra-competitive listed event. Kevin Ryan's Washington Heights has progressed with each of his four runs and is feared most, although Barefoot Angel seems sure to have a say too if, as expected, building on her recent Ayr victory. Maylandsea completes the shortlist.

Lots to like about many of these, but Mellow Yellow stands out as being on a particularly lenient-looking opening mark with further progress expected. Whimsy, Swoon and Wynter Wildes also have very solid claims in a strong-looking heat.

Jessica Harrington's lightly raced five-year-old Pahlavi holds the edge on form and looks to have been found a good opportunity to open his account. Six Feet Apart rates the chief threat on the back of her good Clonmel second with Beautiful Chaos appealing as the pick of the remainder for minor honours.

Blue Universe shaped really well once the penny dropped starting out at Kempton 10 days ago and, with above-average improvement forthcoming, he could take the leap forward needed to land a novice. Runaholic sets a reasonable standard, with Connemara Coast another to consider.