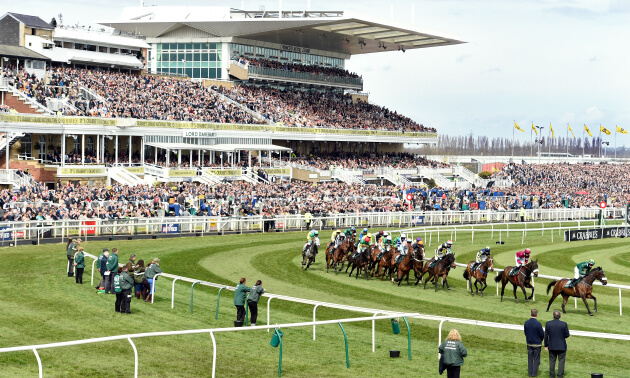 Timeform provide a tip for each of the six meetings taking place in Britain and Ireland on Saturday.

Strong Leader was impressive in bumpers and wasn't hard pressed to make a successful start over hurdles at Uttoxeter recently. With big improvement on the cards, he's taken to defy a penalty at the likely expense of Etalon, who made a positive start in this sphere in a novice at Warwick. Nollyador was fairly useful in bumpers and should take to this new discipline, so he's also considered.

WEST BALBOA is unexposed and found only the talented Stage Star too good in a Grade 2 event when last seen. As such, a mark of 127 could prove lenient, and she takes preference over recent winner Coquelicot, who should go well again under a positive ride. Whitehotchillifili is another one to consider.

Dual hurdles winner Cayd Boy has shown plenty of ability on each of his three starts in this sphere, not least when chasing home a potentially smart novice in Impervious on return at Wexford where he pulled clear of the rest. He makes his handicap debut in this sphere off what may turn out to be a handy mark. The hat-trick seeking Fan de Blues looks a big threat, despite carrying top-weight, while Epson du Houx could prove to be the pick of the Henry de Bromhead-trained trio.

Lebowski and Kellahen both have low mileage in this sphere and could be the pair to concentrate on. The latter did it well when opening his hurdles account at Bangor and is not passed over lightly but Lebowski is preferred. Michael Scudamore's charge created a good impression when winning his first 2 starts last term and this mark should be within reach. Word Has It and McGowan's Pass both command respect, while course-specialist Fransham also has claims in what looks a competitive contest.

Iron Bridge shaped like a very smart prospect when making a winning chase bow at Carlisle on his return and should make a bold bid to extend his unbeaten record to five. Manothepeople took another big step forward when making a winning debut over fences here so must be feared, while Young Buck is an interesting contender back from a long absence.

The comparatively unexposed Vespasian wasn't disgraced in a Class 2 Newmarket handicap on his turf debut when last seen in April, and he is of strong interest back on the all-weather given his scope for improvement. Next on the list is Pocket The Profit, who doesn't always help himself by missing the kick but he continues to edge down the weights and the booking of William Buick adds to his appeal. Muscika hit the target at Chelmsford last month and is also accorded respect.