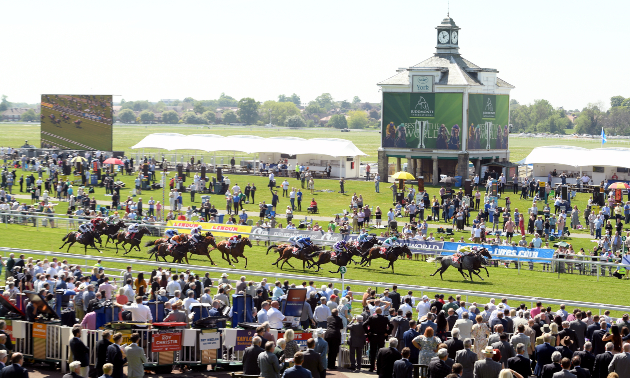 Timeform provide a tip for each of the eight meetings taking place in Britain and Ireland on Saturday.

Soulcombe has an excellent pedigree and has proved a different proposition since being gelded, sent handicapping and fitted with blinkers, opening his account at Haydock in June before following up at Ascot eight days later. Soulcombe also shaped very well in defeat in a deep handicap at Goodwood last time, not helped by a slow start and doing well to finish as close as he did given the position he came from. He has much more to offer and strikes as the type that will relish this longer trip.

Desert Hero is bred in the purple and looked a smart prospect when making a winning debut at Haydock in June, running green in the middle part of the race but coming clear of his rivals in fine style under a hands-and-heels ride, impressing more the further he went. That form received a boost when the runner-up went on to win next time and Desert Hero remains open to any amount of improvement. He is fully expected to come out on top again up in class before having his sights raised even further.

Romanor took advantage of a reduced mark when resuming winning ways over this course and distance in June and he left the impression he should have finished even closer when third back at this track last month. He was still going well when steadied between four and three out and kept on well to take third late in the day from an unpromising position. Romanor finished with running left at the line and remains of interest from the same mark.

This doesn’t look a strong race for the grade and German raider, Loft, may be up to conceding weight all round. He landed a Group 2 in Germany on his return in May and took a big step forward when following up in Belmont Gold Cup Stakes last time. Both of those win were at around two miles, but he arguably faces lesser opposition now, and he should have the pace to deal with this trip.

Meditate has progressed markedly with each start so far, maintaining her unbeaten record with an authorititive performace in the Albany Stakes at Royal Ascot last time. She dominated from start to finish on that occasion, and the runner-up franked the form by winning a Group 2 at Newmarket on her next start. There is plenty of stamina in Meditate's pedigree, looks the part physically and is a strong fancy to stretch her record to four over a trip she should relish.

Authorized Art reached a useful level over hurdles and looks set to better that form over fences judged by his 17-length romp at Limerick last month. He came on plenty for his debut in this sphere, jumping soundly and travelling powerfully in front, fully in control when left in front two from home. He faces tougher opposition now but should have plenty more to offer.

Royal Mariner has really got his act together since entering handicaps and having the visor applied, opening his account at Lingfield last month and following up in great style over the same course and distance two weeks ago. Once more, he displayed a sharp turn of foot which will continue to stand him in good stead, especially on an artificial surface. He has been hit with another 9 lb rise in the weights but the hat-trick beckons.

Raise The Roof was a two-time winner at Wolverhampton last year and returned to form back on a turning all-weather track for the first time since when runner-up over course and distance last month. He split a couple of three-year-olds on that occasion and the trio pulled a fair way clear of the remainder, so the form looks solid, and he can launch another bold bid from a 2 lb higher mark.