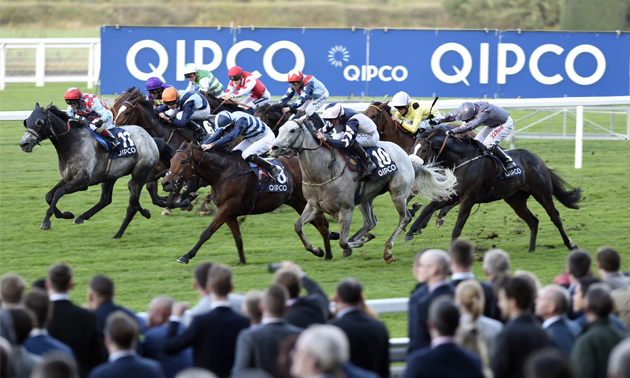 Timeform provide a tip at each of the seven meetings taking place in Britain and Ireland on Saturday.

Leopardstown’s card features the Group 3 Killavullan Stakes for two-year-olds which was won by subsequent 2000 Guineas winner Poetic Flare last season. Glounthaune makes a quick reappearance here after finishing sixth in last Saturday’s Dewhurst but preference is for one of the two fillies in the line-up, Homeless Songs. The daughter of Frankel made an impressive winning debut over course and distance in July, beating  subsequent Group 2 winner Agartha, and was then sent off 9/4 for the Moyglare Stud Stakes last time. She didn’t do herself justice there in finishing fifth but showed up well for a long way and can fare better here with Colin Keane taking over in the saddle for the first time.

Some of the top jumping yards are represented in a competitive edition of the Prelude Handicap Chase which is the highlight of Market Rasen’s card. Pick of the weights is Nicky Henderson’s mare Casablanca Mix after being given a big chance by the handicapper who has dropped her 7 lb since her last appearance in a handicap. She also goes well at the track, with form figures of 212 here, her win coming off the same mark as today’s in the 2019 Summer Plate over the same trip. She was below on her final start of last season at Doncaster but heavy ground that day may not have been ideal for her.

The second division of the staying handicap hurdle can go to the locally-trained Fairlawn Flyer for the father-and-son team of Peter and James Bowen. The lightly-raced five-year-old was having only his third race over hurdles when showing improved form on his handicap debut at Perth last time, travelling smoothly and quickening clear for a five-length success. With further progress to come, Fairlawn Flyer looks capable of defying an 8 lb higher mark in his bid to follow up.

Scott Dixon’s Dark Shot has been busy this season and had finished runner-up five times earlier in the year but he finally got his head in front again at Nottingham on Wednesday. Having slipped down the weights lately, that was the lowest-grade handicap he’s ever contested and he made short work of some mostly out-of-form rivals with plenty in hand. He looks capable of striking again here in this veterans’ handicap under a penalty, while his draw next to the inside rail looks another point in his favour.

John & Thady Gosden unleash some of their stable stars earlier on the Champions Day card but also have an excellent chance of rounding the day off with a winner in the Balmoral Handicap. Lightly-raced four-year-old Sunray Major scrapes in off bottom weight in the mile contest and looks very well treated under a penalty for his latest success which came over seven furlongs at Ascot earlier in the month. He justified cramped odds by two lengths from Ibiza Rocks on that occasion, making short work of a large field and taking his career record to three wins from four starts. A Dubawi half-brother to Kingman, he looks to have a future in Group races himself.

There are some unreliable and out-of-form sorts in this handicap chase so some solid recent efforts over fences from Rebel Leader make him the one to beat. A fairly recent recruit to Dr Richard Newland’s yard, he was placed in novice events at Uttoxeter and Market Rasen over the summer before getting his head in front for the first time in his career in a handicap at Perth last month. That was an improved effort from Rebel Leader, one of the least exposed in this field at the age of seven, and he seems sure to go well again a weak race.

Wolverhampton’s feature contest on their evening card is a mile and a half handicap where several are in with a shout. The one who appeals most, though, is Sir Michael Stoute’s Hasty Sailor who hasn’t had much racing for a four-year-old. He’s been campaigned mainly on all-weather tracks, winning handicaps at Lingfield late last year and at Newcastle on his latest start in July. The form of his latest win has worked out well in the meantime, with runner-up Second Slip winning next time out and the third, Moshaawer, finishing second in the Melrose at York. Back from a break, Hasty Sailor could well have more to offer again.