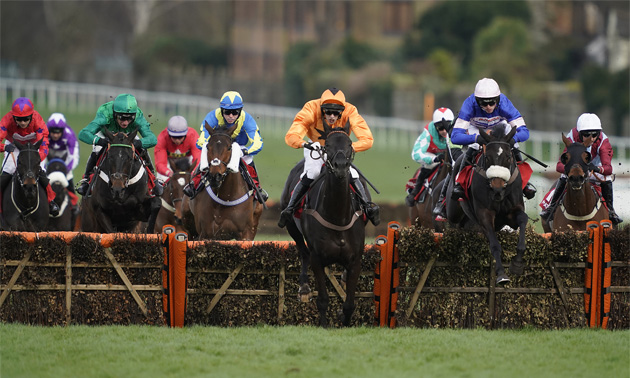 Timeform provide a tip for each of the six meetings taking place in Britain and Ireland on Saturday.

Bold Endeavour, who can boast an unbeaten record in points and under Rules, is taken to come out on top once again. He looked above average when winning his bumper at Sedgefield in May, and he again impressed when opening his account over hurdles at the same track in November. That form isn’t anything to write home about, but Bold Endeavour jumped slick and fluently while advertising a good turn of foot, and he looks a horse that can cut it at a higher level.

Intuitive ran out an emphatic winner of this race 12 months ago from an 8 lb lower mark, but he has gone from strength to strength since, and he could have too much class for his opposition here. He needs to bounce back from a lesser effort in listed company at Deauville last month, but the return to this venue, where he can boast a solid record, is a big plus. Intuitive has a potent turn of foot which lends itself well to the speedy nature of this track and the lack of pace in the field will play to his strengths.

Amirite was successful on his sole start in points and made an encouraging start over hurdles when finishing fourth (started 50/1) in a hot race which featured Champion Bumper winner Kilcruit at Leopardstown over Christmas. He was given a considerate ride that day, but showed plenty to work on, keeping on in the closing stages without being knocked about, and he seems sure to build on that experience now.

Gericault Roque is yet to win over fences but his form looks very solid. He bumped into a handicap blot on debut over fences at Wetherby in October and was beaten only half a length by a next-time out winner at Chepstow last month before finding only a very progressive four-year-old too strong at Newbury last time. That was another improved effort from him though, and he should relish this marathon trip, so there is plenty to like about this sound jumping novice who still looks on a fair mark despite another 6 lb rise in the weights.

Earth Company is firmly on the progressive path now, building on the promise of his hurdling debut when easily taking care of a next-time-out winner in a novice hurdle at Taunton, and leaving the impression he has even more to offer when following up on handicap debut at Wincanton last month. He failed to settle throughout that race, but still found plenty at the business end to beat the well-backed runner-up, and a subsequent 6 lb rise looks lenient. He should get a stronger pace to aim at here and could prove hard to beat.

Nankeen is bred to be smart and duly made a winning debut at Windsor in May and, while he seemingly hasn't been the easiest to train since, he landed the odds in good style under a penalty on his return from seven months off at Wolverhampton last month. He put his experience to good use but always looked like holding on from a promising newcomer and he should have even more to offer now. An opening mark of 84 looks workable and he can make it three wins from four starts.