Around The Tracks: A tip at each meeting on Saturday 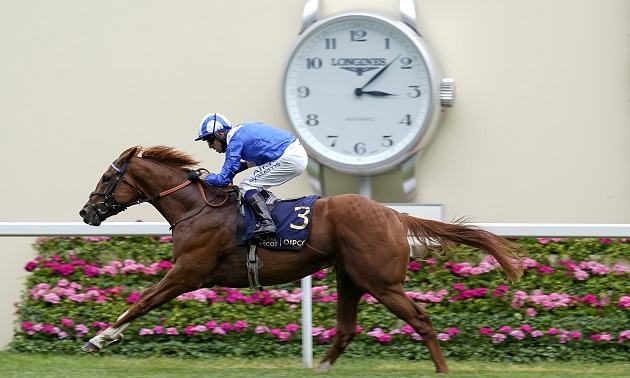 Timeform provide a tip at each of the six meetings taking place in Britain and Ireland on Saturday.

Desert Dreamer won first time out at Newmarket at 25/1 in April and showed that was no fluke when following up over six furlongs at the same course a month later. She has since finished second back at Newmarket, on the July Course, on her last two starts and ran her best race last time when beaten a length and three quarters behind the Albany winner Sandrine in the Duchess of Cambridge Stakes. Desert Dream actually ran a shade better than the bare result there after having to wait for a gap before keeping on to take second close home. That form makes her the one to beat in the Princess Margaret Stakes in which she can turn the tables on System who beat her a neck in a listed race two starts ago.

There are some competitive handicaps on Newcastle’s card but Miss Nay Never could be the answer to this fillies’ contest over five furlongs. She rarely runs a bad race and can boast a course-and-distance success last month when showing good speed throughout. That was Miss Nay Never’s second success on the tapeta surface after getting off the mark in a nursery at Wolverhampton late last year. On her latest outing, Miss Nay Never ran her best race yet when a close third at Haydock behind a progressive rival in Sir Titus, losing second only on the line.

The York Stakes hasn’t been won by a three-year-old since the very first renewal in 2006, but that looks all set to change with one-time Derby hope Mohaafeth in this year’s field. After being withdrawn on the day at Epsom after the ground had softened, he subsequently took his record this season to four out of four in the Hampton Court Stakes at Royal Ascot. While that Group 3 contest was an easier task than the one he would have faced in the Derby, there was no mistaking Mohaafeth’s potential to make his mark at a higher level further down the line. With stablemate Montatham likely to ensure they go a good clip, Mohaafeth should have the race run to suit in his quest for the five-timer.

Joseph O’Brien and J P McManus have a good chance of landing this fillies’ handicap over a mile with top weight Music To My Ears. She was last successful over the same trip at the Curragh last summer but has done all her racing since over seven furlongs, regularly shaping as though that has proved an insufficient test, including when a plugging-on sixth at Gowran on her latest start. Music To My Ears has now dropped to a mark only 2 lb higher than for that last win, and, combined with the return to a mile that she’s by crying out for, she’s fancied to take full advantage here.

Small fields are the order of the day on Newmarket’s card but the mile and a quarter handicap looks an interesting contest despite just five runners. Three of them are improving three-year-olds and the pick of those looks to be Wahraan for Sir Michael Stoute. He was beaten by the useful Lord Protector in his first two starts this season, including in a handicap at Salisbury, before getting off the mark back in maiden company at Pontefract. Wahraan had to work a bit harder than expected to land the odds last time when making all, but he remains with potential to do better.

Salisbury’s novice contest over six furlongs looks a good opportunity for Roger Varian’s well-bred Kingman colt Nine Tales to make it two out of two for the season. The half-brother to a couple of smart winners in France, who cost €400,000 as a yearling, shaped well on his only start last season when runner-up to Bullace, who’s now a smart colt, and he got off the mark on his return in a maiden at Haydock last week. That was over seven furlongs, but Nine Tales, who comes from a speedy family, took a strong hold so this shorter trip could well bring out further improvement in him.