Becher Chase Preview: Take a Chance on another Hobbs winner 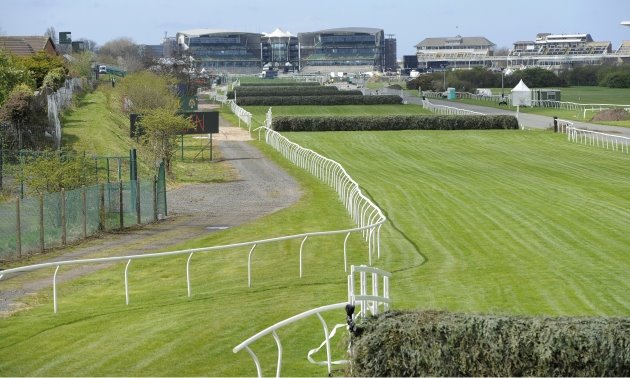 "Favourites can be value, especially when they’re still priced at double-figure odds, and in a race that prizes such a specialist skill as clearing fences that are jumped just five times a year Chance du Roy could even be shorter."

The Grand National must be the only major race anywhere in the world for which the most obvious trial takes place four months in advance. That’s not the only way in which the National is unique, of course, and therefore I’m sure many trainers are happier with the current set up. If the Becher Chase were held in late-February, say, they’d either skip it or spend the intervening time walking on eggshells.

As it is, the Becher Chase is often used as a reconnaissance mission for Grand National aspirants. Connections of Al Co, Goonyella and Burton Port, to name just three, would probably be as happy with a good round of jumping as a mark-busting second-place finish. It’s not that these horses won’t be ‘off’, it’s just that you can expect them to be short of cherry-ripe and horses that aren’t cherry-ripe rarely win long-distance handicaps on testing ground.

The above can be good for punting as it’s easy to see the Becher and Grand National as related contingencies when it’s demonstrably not the case.

Which brings us to Chance du Roy. He has run in four of the five races staged over the National fences, finishing second to Always Waining in the Topham on his first attempt and winning the Becher last year. He has since been sixth in the Grand National, but going back for repeated attempts at that race might not be wise: he basically didn’t stay. It makes sense, then, for the Becher to be his big Aintree target, and if the motive is there so is the opportunity with the Hobbs yard continuing in such fine form.

It’s a theory that clearly has some followers besides us as Chance du Roy is contesting favouritism in most lists. Favourites can be value, especially when they’re still priced at double-figure odds, and in a race that prizes such a specialist skill as clearing fences that are jumped just five times a year Chance du Roy could even be shorter.

There is no sure-fire way to tell if a given chaser will take to the National fences, though a sound-jumping front runner from a yard that has won the Grand National before is a profile fairly indicative of one that will. It’s not surprising to see Balbriggan, who comes here on the back of a win in the Troytown at Navan, challenging Chance du Roy for Becher favouritism. Purely from a handicapping perspective he’s even more interesting, progressive and only 6 lb higher than when third behind The Young Master and Charingworth on his last chase run in Britain. Take the view that he’ll be suited to Aintree and he, too, could be shorter.

One of the slight drawbacks over Balbriggan is the fact that he made just about all in the Troytown having been gambled and is unlikely to be allowed the same freedom again. His nearest pursuer could well be Highland Lodge, who in terms of running style comes from a very similar mould. You fancy that Highland Lodge will cope with the Aintree fences and early is the time to catch him (given short break after reappearance), so he is one at a bigger price that we wouldn’t discourage you from backing, remembering that Highland Lodge was fourth in the Hennessy from 11 lb higher just a year ago.

A mention along similar lines must also go to Our Father. He’s been a spectre in the entries for many good staying races this year, but one that’s never materialised on the course as yet. That’s because the Pipe yard know as well as we do that Our Father has a tremendous record fresh, the sole exception being last year’s Hennessy on good ground. The yard presumably also know how well-handicapped Our Father is: see his demolition of Sire Collonges and White Star Line on his chasing debut a couple of years back. When Our Father reappears, on testing ground, you’ll need to have him on your side. At 14/1, that can even apply to the Becher.

Having multiple bets in the race is more for the National and is easier to justify in that context. In the Becher, if you’re after one horse to back, make it Chance du Roy. He’s quite attractively handicapped and, as his connections will be aware having crossed swords with Always Waining in the Topham, course form counts for so much over the National fences.