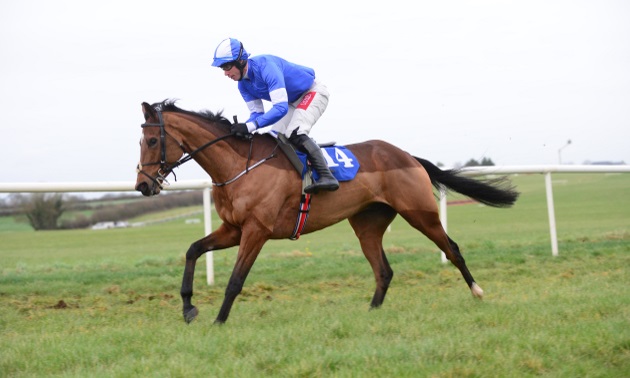 The 16:05 at Tipperary on Monday is available as a free Race Pass, which means logged-in customers can view all our premium comments and ratings.

Eight runners are scheduled to go to post for the Schooling At Tipperary Rated Novice Chase (16:05), the most valuable contest on Monday's card at Tipperary with a total prize fund of €14,500.

Railway Hurricane (142) and Flash de Touzaine (141) top the field on Timeform's weight-adjusted ratings, though they could be vulnerable to improvers given that the standard they set is far from insurmountable. In fact, both horses are still yet to win over fences and Railway Hurricane has had plenty of chances given that this will be his thirteenth start in this sphere. He jumped none too fluently third in a minor event at Sligo last time, while Flash de Touzaine is returning from seven months on the sidelines having ended last season by finishing fourth in a valuable novice handicap chase at Navan in March.

Motown Maggie (136p) immediately bettered her efforts over hurdles when making a successful chasing debut at Listowel two weeks ago, moving to the front at the third last and gradually drawing clear from there to land the spoils by four and a quarter lengths. The manner of that victory suggests she could have a bright future over fences and her background in points highlights that this was always likely to be her game, very much the type to progress and win more races.

Peckham Springs (131) looks up against it having finished only fourth on her chasing debut at Kilbeggan last month, while We'llhavewan (128+) also needs to bounce back having disappointed in a handicap chase on the same card. Nevertheless, he had previously shown a good attitude to make a successful chasing debut over this course and distance in July, digging deep to get the verdict by a head, and it's not out of the question that he may yet have more to offer for his poweful yard.

Brampton Belle and So Scottish are a couple of interesting chasing debutants in the line-up, both having shown fairly useful form over hurdles. Brampton Belle produced her best effort in that sphere when winning a listed novice event at Navan in February, while So Scottish has race fitness on his side and proved better than ever when easily winning a maiden hurdle at Kilbeggan last month. Successful on his sole outing in points, he is the type to take well to chasing.

The field is completed by Commandingpresence (?), who needs to brush up on his jumping having unseated his rider in both his previous starts over fences. He finished down the field in a handicap hurdle at Fairyhouse when last seen in April and it's fair to say that he arrives here with a bit to prove now starting out for Andrew McNamara (formerly trained by Henry de Bromhead).

Motown Maggie promises to do better over fences than she did as a hurdler given the manner of her opening win at Listowel 12 days ago so she looks the answer. We'llhavewan should have more to offer for Willie Mullins, with So Scottish also interesting now chasing in what looks an open race.